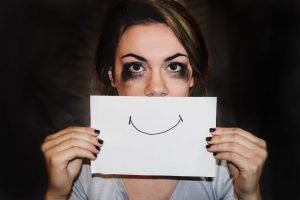 Here's the last installment in the series on EFT misconceptions. If you are new to EFT, you just might be surprised.

1. Tapping scripts or tap-along videos must work well or they wouldn’t be used so often

When Alina discovered EFT online after 12 years of trying to find a way to heal from a debilitating, auto-immune health condition, she knew exactly what to do because back then there was only one resource on the web – Gary Craig’s EFT manual. In it she read that to be effective in EFT you had to tap on specific events. She made the connection between the grief and loss of her stillborn child and her illness that had started several months later … and bingo – it worked, and her condition resolved.

There will never be a tap-along video or a tapping script that will say, “Let’s tap on the trauma of your stillborn because that’s the connection and was the psycho-emotional trigger for the onset of your autoimmune disease.”

There will never be a tap-along video or script for a fear of speaking in front of an audience that has you tap on that time your priest molested you in the rectory when you were 8. (This was an actual case.)

For more experienced tappers, scripts can offer possible ideas and connections that they hadn't previously considered. They can use this information to connect it to specific events in their own life. This, however, is a skill that we see isn't used sufficiently.

The proliferation of online tapping resources has been both a blessing and a curse. On one hand, more people know about tapping than ever before. One the other, the vast majority of tapping resources online are “tapping lite”. They don’t stress the importance of drilling down on your specific and gloriously unique connections and associations (mostly subconscious) that have kept you stuck and with the same problems.

We are saddened to hear people say, “tapping may work for other people but not for me” because we know that 9 times out of 10 their only exposure was a weak practitioner or a tap-along exercise, video or script. You might be one of the people who actually did get relief from such a source, and for us that's a sign of just how powerful tapping can be. Even the less than research-validated, evidence-based, top tier EFT will yield some results! That's wonderful. However, we know there's a swelling ocean of under-served and disillusioned people in the "sea of the disappointed EFTers" as Gary Craig puts it. We’ve made it our mission to provide a very high level of training and mentoring to ensure that everyone walks away with the ability to help heal the world with this most remarkable tool.

If you haven't read the first two parts of this series, you can read them here. Part 1 Part 2