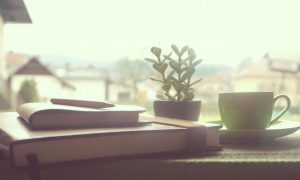 EFT International 's Commitment to You

EFT International is committed to providing high quality and responsive services always. However, we recognise that sometimes people may not be satisfied with those services. So we have set up a Complaints Procedure to enable you to tell us when and why you are not satisfied with our services or with those of a member.

What is a Complaint?

A complaint is either a spoken or written expression of dissatisfaction. You can complain verbally but to trigger an investigation a complaint needs to be in writing.

How to Make a Complaint

If you are unhappy with a service, we would recommend that you first raise it directly with either the practitioner or the EFT International Group/Committee involved. Resolving problems as quickly and as informally as possible is always best.

We are committed to dealing with complaints fully, fairly and impartially. We will try to minimize how stressful it is for you if you complain. Our ethos is one of restorative justice, looking for conflict resolution as far as that is possible and appropriate in the circumstances.

If the complaint is upheld, we may apply any of the sanctions below. Where possible and appropriate, we are looking for an outcome that will include positive learning for the subject of the complaint.
All complaints are dealt with in confidence. But we may use evidence gathered in investigating a complaint to help improve our services.

There no time limit for making a complaint. However, the longer you leave it the more difficult it is likely to be to investigate it.

Relationships with Other Professional Organisations

When the EFT International Ethics Committee receives a complaint, we notify the subject, tell them its content and ask them for their response. When we receive the response, we try, if possible, to respond to it within two weeks. When this is not possible we advise them that there is a delay and indicate how long we expect it to be.

Our approach to sanctions is:

Where possible and appropriate, we help subjects of complaints to do what they need to do to put right any shortcomings and fill any gaps in their EFT knowledge, and to overcome any difficulties in their practices. We support them to do so. This might, in some cases, require some additional training at their own expense. We would ask them to tell us when they have complied with the requested additional training or recommended changes to their practices, with evidence if relevant (e.g. an attendance certificate.)

Complainants in such cases would be told in general terms that that is what we have done.

The Ethics Committee will give a written report of your complaint, outlining the investigations, conclusions and recommendations, to the EFT International Management team for action.

Recommendations may include but not necessarily be limited to:

How to Appeal If You Are Not Satisfied

They will be asked to prepare a report on their findings, and whether on the basis of the evidence available to the Ethics Committee they feel the decision was reasonable.

Appeals must be made within 28 days of the decision being announced.