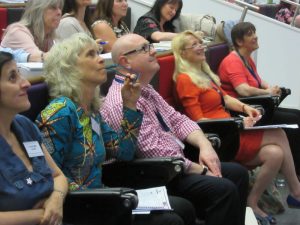 We are committed to advancing and upholding the highest standards for education, training, professional development and promotion of the skilful, creative and ethical application of EFT (Emotional Freedom Techniques or "Tapping") worldwide.

We support the creative and ethical education in, and use of, classical EFT Tapping as originally taught by EFT's developer Gary Craig and included in his recent updates, which he refers to as "Gold Standard EFT." EFT International provides a training framework for EFT Tapping, which is used worldwide by a large network of EFT International Master Trainers (referred to simply as "Trainers").

Students of those Trainers, upon completion of a programme that includes in-person practical as well as academic training, examination and mentoring, are eligible to list on EFT International’s register of Accredited Certified EFT Practitioners and Advanced Practitioners. 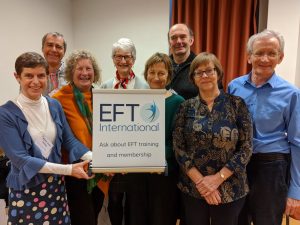 Practitioners listed on this website are recognised EFT International members who have agreed to hold appropriate insurance cover and who have signed up to follow our Code of Conduct and Ethics and to undertake an annual minimum number of hours of Continuing Professional Development (CPD) and Mentoring. EFT International only accepts members with a high standard of training and has a formal feedback, complaints and investigation procedure in place.

Honorary membership is offered to those who have made significant contributions to the field of EFT or within the EFTi community. Visit our EFT Champions and Honorary Members  Page.

As of January 2018, EFT International has officially been granted UK charitable status, and we are listed with the Charity Commission as Registered Charity Number 1176538. This means: 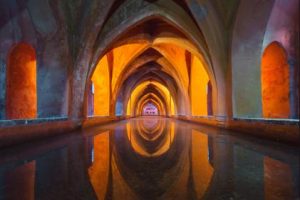 The Association for the Advancement of Meridian Energy Techniques (AAMET) was first established in 1999 by a group of EFT Tapping enthusiasts lead by UK Homeopath and Meridian Therapist Dr Tam Llewellyn-Edwards, who later became one of the 29 EFT Founding Masters (awarded by Gary Craig). A website was set up listing all Energy Therapists. In 2009, upon Tam’s retirement, Helena Fone became Chair. Helena registered AAMET as a Voluntary Organisation in Malta (VO/0400) which gave it legal status, ensuring transparency and accountability.

In 2010, a new website was launched to coincide with a new decade and heralded an exciting new era for AAMET with a new way of working. All members had to renew their membership and agree to abide by rules and regulations. In 2012, the association’s name was changed to AAMET International to reflect worldwide status as an EFT Association.

In 2014, upon Helena’s retirement, Jacqui Footman stepped into the Chair role. She previously had assisted Tam with AAMET web listings (in 2006), served as AAMET Treasurer (since 2009), and volunteered as Vice Chair (in 2013). Shoshana Garfield, who had volunteered for AAMET on Training Board for many years, stepped in as Vice Chair to support Jacqui Footman. Jacqui and Shoshana switched to Co-Chair roles rather than Chair and Vice Chair in March 2019, within a trend of improving working relationships and consensus, non-hierarchical collaboration moving the organisation forward.

April 2019 – AAMET International is now formally operating as EFT International prior to a full renaming and updated charity registration that will follow. A new logo was introduced.

December 2018 – For the first time in world history a government agency has officially recommended EFT as worthy of government research funds for trauma/PTSD. This was due to the extraordinary collaboration between EFT International, ACEP, EFT Universe and researcher Dr David Feinstein to create the robust and comprehensive stakeholder response (including recent EFT research) that AAMET submitted to NICE via the consultation process in July 2018 for their Post Traumatic Stress Disorder (PTSD) treatment guidance review. NICE is the UK government body responsible for determining medical and psychological treatments recommended for use in the UK NHS (National Health Service).

January 2018 – AAMET International is officially granted UK charitable status, and is listed with the Charity Commission as Registered Charity Number 1176538.

May 2017 – AAMET Training Board releases a comprehensive Glossary of EFT Terms, which provides in-depth definitions of the EFT Tapping concepts and skills that form the foundation of AAMET EFT Tapping training. A broad consensus of experienced AAMET International Trainers and Practitioners was gathered over several years to create this definitive guide for all EFT practitioners, educators and students. It is available free for all visitors to eftinternational.org

September 2016 – EFTfree.net gifts AAMET their 300+ EFT articles archive, and AAMET begins laying the groundwork for Accredited Certified members to publish and promote their own tapping stories.