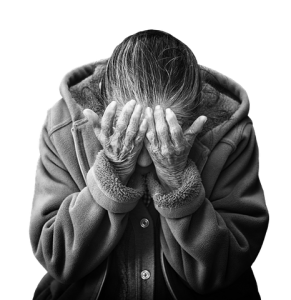 Most of the time people adapt around them, and they go untreated. When approached to treat a phobia, there are some questions you need to answer:

How did the phobia start?

Phobias develop in a few ways:

You will want to put together a timeline identifying key phobia related experiences:

If the client doesn’t know where it came from, be prepared for an unexpected traumatic memory to show up at any time in the process.

The severity of their fear

is unrelated to how it was acquired, their recollection of the onset and, if recalled, whether due to a single or multiple traumatic events. This means that some very intense phobias may resolve very quickly, while less intense phobias may take longer to resolve.  Therefore intensity is not a useful gauge for how long it may take to resolve.

Phobias are maintained by

Phobias can be categorized

1.  Simple delimited phobias which are not linked to other issues, and often run in families.

When 10 years old, Mary left school against the rules and went home during her lunch break to get her gym clothes, which she had left behind. As she walked down the street, a large dog jumped up at the fence as she walked past.  It was barking loudly, frightening Mary, following her along the fence line as she tried to run away. Thereafter, Mary became increasingly frightened of dogs, avoided that street, and never told her parents or teachers what had happened. This phobia was resolved in one session.

2.  Complex phobias.  These are linked to many past specific events which helped build and maintain the phobic response.  For example, living next door to an aggressive dog and neighbour; seeing a movie where someone was attacked by a dog; Grandma’s nippy poodle.

When working with simple of complex phobias, begin with some "sneaking up" tapping on any anxiety or concerns about dealing with this phobia. Also any beliefs about how difficult it will be to get over it. Identify the key memories from direct experience, modelling and authority instructions. Explain EFT’s generalization effect so the client understands they don’t need to use EFT on every negative memory. Apply EFT to each specific event until the phobic response is eliminated. Telling the Story, The Movie Technique, or Tearless Trauma are usually most useful here. Identify any cognitive shifts from the client and integrate with appropriate reframing.

Gemma grew up in a family where her mother experienced a lot of anxiety and her dad was often absent. Gemma was constantly warned about the dangers of outside. Gemma wasn’t allowed to play outside because it was too risky, and her mum rarely left the house. The tv was constantly on, and her mother often pointed out the dangerous things that happened and the people who were hurt. Gemma became increasingly anxious herself about the dangers outside, and developed phobias of dogs, cats, birds and insects. This phobia complex and anxiety took numerous sessions to resolve.

3.  Masking Phobias cover unresolved problems, and so there is often little awareness of an originating event(s) or other association. They are infrequent, and require more "art of delivery" for success. Clients can feel stupid as there is no “real cause” for their problem, so it is important to address this aspect too. Be prepared for the unexpected and know how to deal with an abreaction. If an unrelated, bothersome thought or memory shows up while tapping on the phobia aspects, switch and treat that new problem and come back to the phobia afterwards.  This is usually greatly diminished.

Helen came for help with her intense puppy phobia.  She hated them, and was very annoyed with herself for being so ridiculous as she was otherwise a loving, outgoing and compassionate person. The phobia had recently been triggered again when visiting a friend whose dog, unbeknownst to her, had just given birth to a new litter of puppies.

Helen could not recall any particular negative memories with dogs, and only knew the phobia began when she was around 8-9 years old. She could not initially recall any specific event from that time which related to dogs, and only a few unrelated memories. We tapped on her visceral reaction to puppies and her desire to choke them, and at this point she became nauseous and tearful.

She recalled a memory of being asked by her 15-year-old cousin at a family event if she wanted to play with his little puppy.  Thereupon she was taken to the basement and had to ‘pet’ his penis in pretend play. She had no previous recall of this memory. We resolved the cousin memory, and the puppy hatred and phobia disappeared in one session. When she came for her next appointment, a neighbour’s visitor was leaving with her puppy and Helen just bent down to greet him warmly, without a second thought.

Phobias can be fun and interesting to work with, and many resolve fairly quickly with persistent and precise work. Interestingly, I’ve found clients often comment later that they experienced a reduction in other bothersome worries and anxiety-type symptoms that we hadn't yet worked on.

Liz is an EFT Accredited Master Trainer & Practitioner, and Mentor.  She specialises in working with Trauma, Anxiety and Complex Issues