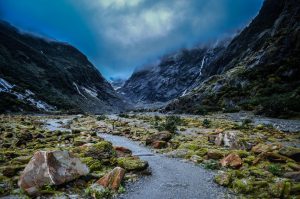 As someone who specializes in helping 'Recipients' heal from childhood abuse, it has become apparent to me that most perpetrators of abuse were themselves abused as children. I am particularly excited as I believe that releasing and reframing the past is the best way to stop future abuse.

By adding Matrix Reimprinting to the mix, it seems possible not only to help present-day clients, but it may also be possible to heal their ancestors whose unresolved suffering has been passed down to their descendants.

I have worked with several 'Recipients' who are particularly “sensitive,” that is, people who get premonitions, who see auras, and who have often been isolated and feared because of their special gifts.

One such woman I had a second session with recently was “Patricia,” a woman from South America. In her late 30s, she wanted to work on her problematic relationships with men. She had often attracted and been attracted to bipolar men with “mental problems” who were “crazy and violent,” and she didn't want to attract any more of them!

While tapping and taking an emotional history, I learned that her grandfather had been “crazy” and a card player who lost everything; he beat his wife and ended up committing suicide by strangulation after his wife refused to forgive him. His wife then attempted to kill herself by cutting her wrists. She was unsuccessful but did die about 10 years later when Patricia's mother was only 16.

While telling me of this background, Patricia began to see images of a “big chain with rings, attached to all sorts of other people's ankles, whose feet hurt and who were starving as they had nothing to eat.”

Patricia was feeling very scared and had a big pain in her stomach that felt like it was empty, so we tapped on the fear in her stomach. After decreasing the fear, I asked her if she would be willing to go into the Matrix to help those people. She agreed and we arranged to take several supporters with her: Angel Rafael, her mentor, and a friend.

Tapping for the Ancestors

Patricia then reported smelling a “terrible smell” like “dead or dirty” people inside a “slave ship.” As she spoke of this, we brought in more angels for all of the people in the ship and Patricia decided to tap on “AKIK,” the eldest of the slaves.

After introducing herself and tapping to AKIK, she reported that he felt great “aching pain” and pressure and fear of what was coming. He was hungry and thirsty and had lots of wounds. After a couple of rounds of tapping, AKIK reported feeling a lot calmer, but of all of them “wanting to kill themselves to set them free.” So Patricia brought in a magical axe to break all the chains, and then a “blue and white magical beautiful ship” to take them home. The ship was full of food and water and a pool with river water to bathe in. There were “angels chanting” and a great feeling of “love and compassion.”

Eventually, Patricia brought in a cannon to sink the old ship and relayed the thanks of the formerly enslaved people whose new ship had turned around and was heading back to Africa, the people wearing beautiful clothes and sporting painted faces for “powerful connection.” She said they all now looked “young, strong, and beautiful” and were doing a “happy tribal dance.”

After Reimprinting all of these impressive new memories into not only herself but her whole family, both alive and dead, throughout all of South America and Africa, we checked back in with Patricia. I asked her about her feelings about her relationships with men now and she replied that she didn't need to try to heal all men, and didn't need to have a relationship with men with mental problems, or to attract bipolar people. “They are now all free and their energy is no longer with me,” she said.

We then went back in to the Matrix where Patricia saw thousands of beautiful ships to pick up everybody and take them back to Africa and their home villages. All these ships had plenty of coconuts as well as doctors and nurses (to take care of everyone and tend to their wounds), and also had a “magic potion” to put on their gums in order to grow new teeth.

After Reimprinting the more global memory, we discussed the possibility of doing future work on the slavers who took them in the first place. Patricia indicated that everyone was happy and she was very thankful for the help.

While I am not one of those “supersensitive” people who can see auras and predict future catastrophic events, I think it is important to go with wherever the clients wants and needs to go. If time really is a constructed illusion, if everything really is energy and we are all actually energetically connected as the quantum physicists tell us, then the possibilities for healing the planet and everyone on it, with EFT, are even more incredible.

One of the things I really appreciated from my 7-year stint as a practising Soka Gakkai Buddhist was the notion that, as I chanted, I was helping to heal seven generations of my ancestors. As someone who was trying desperately to figure out Karma at the time (what the heck did I do in a past life to deserve all this!), I took solace in the thought that Karma is mutable and that the past need not be a determination of the future—if we take steps to heal the past in the present moment.

I love the idea that we can surrogate tap not only on the living, but also on the dead. Tapping seems to work much better for me than just chanting!


From the EFTfree Archives, which are now a part of EFT International .
Originally published on Oct 11, 2015.