Courtesy EFTfree.net
To understand the science behind EFT, one must look in many directions towards new frontiers in body/mind medicine. Recent discoveries in the fields below illustrate how the mind, body and emotions are intricately connected and can be studied from different perspectives. The areas below should offer some insight into how EFT works so well:

The Scientific Basis of Acupuncture & Acupressure

Exciting new research has begun to establish an observable scientific basis for the subtle energy system upon which EFT is based. The discovery of tiny threadlike anatomical structures called Bonghan channels has recently established a physical mechanism corresponding to the acupuncture meridians. Other studies have shown that radioactive tracers injected at known acupoints followed the meridian lines precisely whereas tracers injected at non-acupoints spread out concentrically with no lines evident. It has also been proven, in controlled studies, that acupoint stimulation, with or without needles, can produce pain relief beyond that achieved by medication. Imaging studies from a 10-year research program at Harvard Medical School investigating the effects of stimulating specific acupuncture points showed that the stimulation of certain points with needles reliably produced prominent decreases of activity in the amygdala, hippocampus and other brain areas associated with fear.  As Western Medicine acknowledges that our bodies are an energy configuration (which traditional Chinese medicine has maintained for millennia), the mechanisms by which EFT works will be further revealed.

Traditionally, science has believed that our genes are fixed and that nothing can change genetic determinism. But the new biology of epigenetics is proving that cells are responsive to their environment and that these responses reach deep into the internal structure of the cell, including the DNA. The cells of our body are dynamic: Certain genes are being turned on and turned off based on environmental factors. What is most exciting and empowering is the discovery that cells are responding to the internal environment of our thoughts, beliefs and feelings. When we change our beliefs and our emotions, this literally produces biological changes --- on the cellular level. Dr. Bruce Lipton, a pioneer in the field of epigenetics and author of The Biology of Belief, says that we have an immense power to influence our health and wellbeing on the biological and physical levels by consciously turning our energy towards more positive thoughts and feelings. And what can do this better than EFT? Dr. Lipton himself is a proponent of EFT.

This new branch of science has emerged in the last 35 years. It is the study of how psychological processes (our thoughts and emotions) affect the nervous and immune systems of the human body. The late Dr. Candace Pert who made groundbreaking discoveries concerning the way the emotions act directly upon the immune system through neuropeptide-specific receptors, was another scientist who advocated EFT. A major focus of PNI has been the study of stress and how the body's stress reponses --- linked to the emotions of anxiety, fear, tension, anger and sadness --- weaken the immune system, interfere with healing and even cause disease. For physical health and wellbeing, we need to be able to effectively release stressful emotions from the body and cultivate a more balanced state. This is precisely what EFT accomplishes.

Brain plasticity refers to the capacity of the human brain to generate new neural pathways and change its own structure. Through most of the 20th Century it was believed that many parts of the brain become fixed during childhood. However, recent discoveries have shown that thinking, feeling, learning and acting literally change the brain's physical structure and organization. When we say that EFT helps us change the patterns of our thoughts, feelings and behaviors, make new connections or shift perspectives --- this is literally true on the physical level with regard to how the brain is processing the issue at hand. EFT allows us to literally create cognitive shifts which exist observably as new neural pathways in the brain.

With more and more sophisticated means of measurement and experimentation, a new era of scientific validation is opening up. Recent discoveries in each of these fields point to scientific evidence around what we see consistently happening both during --- and as a consequence of --- an EFT process. 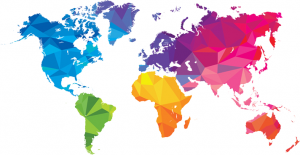