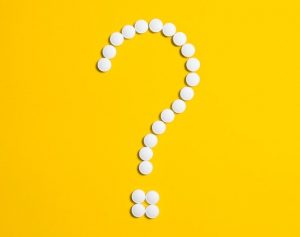 You're not the only one asking if EFT tapping actually works.  Google says it's one of the most common search queries connected with the technique.

Most people who hear about EFT have a hard time rolling with the idea that it's a reputable self-help technique. There's no shortage of articles poking fun at EFT Tapping or its adherents, suggesting they wouldn't know a scientific study if it landed in their lap.

EFT tapping has been a challenging technique to promote to the mainstream because, frankly, it looks funny. And come on, who's supposed to believe that tapping on your face is going to change all sorts of things about your life?

On top of all this, many practitioners rely on metaphysical explanations for how it works, like energy and meridians. That turned the clinical community off from the start, and it has been an uphill battle ever since.

Nonetheless, today there is strong scientific support for the claim that EFT tapping works. This support comes from more than 100 peer-reviewed clinical studies.

EFT Tapping has a number of systematic reviews, meta-analyses and randomized controlled trials (RCTs). A significant number have been published in reputable, mainstream scientific journals. These studies support the efficacy of EFT Tapping for many forms of psychological distress, physical pain, and performance. The strongest evidence for EFT tapping's effectiveness is for PTSD, depression and anxiety.

There has been a long history of skepticism around whether EFT tapping really works,  because its effectiveness has historically been attributed to energy disruptions in the body.  Something that no mainstream scientific journal will touch.  And there was another challenge to mainstream acceptance of EFT.

Researchers finally started running scientific studies to measure the effect EFT tapping had on psychological and physiological issues.  However, the results they were seeing were actually too good. It was unbelievable to many in the field. How could tapping possibly be more effective than the standard of care of the day?

The importance of studies

One of the cornerstones of scientific research is the ability to reproduce a study. You can test the same technique in a different setting, with different people, and different researchers.  If you still get the same results, then it's much more likely that the results are real and not due to chance. That's why science can be slow. It has taken decades of study to show that the rapid improvements we see regularly in practice are real, and not a fluke.

Craig Weiner and Alina Frank at the EFT Tapping Training Institute https://www.efttappingtraining.com/eft-research-paper/the-science-behind-energy-psychology-quick-facts/ report that: "There are over 400 identified forms of psychotherapy, many of which have little or no research to validate them. Energy psychology [of which EFT is a part - my edit] is both evidence-based and in the top 10% in terms of published research for psychotherapy modalities."

Where is this EFT Tapping research?

Some studies that you may want to start with are:

Understanding the Evidence for EFT Tapping

What is a systematic review?

A high-quality systematic review is described as the most reliable source of evidence to guide clinical practice. The purpose of a systematic review is to deliver a meticulous summary of all the available primary research in response to a research question. A systematic review uses all the existing research and is sometime called ‘secondary research’ (research on research). They are often required by research funders to establish the state of existing knowledge and are frequently used in guideline development."

from the journal Evidence Based Nursing. https://ebn.bmj.com/content/14/3/64

What is a meta-analysis?

Meta-analysis is a research process used to systematically synthesise or merge the findings of single, independent studies, using statistical methods to calculate an overall or ‘absolute’ effect.  Meta-analysis does not simply pool data from smaller studies to achieve a larger sample size. Analysts use well recognised, systematic methods to account for differences in sample size, variability (heterogeneity) in study approach and findings (treatment effects). They test how sensitive their results are to their own systematic review protocol (study selection and statistical analysis)."

from the journal Evidence Based Nursing. https://ebn.bmj.com/content/16/1/3

What is a Randomized Controlled Trial? (RCT)

Randomized controlled trials (RCTs) are one type of clinical trial. RCTs aim to find out which treatment is best by making a fair comparison between:

In an RCT, two or more groups of people are compared. Information from the control group allows the researchers to see

whether the new treatment(s) are more or less effective than the current standard treatment."

How does EFT Tapping Work?

These studies will give you a crash-course on how EFT Tapping works, and why researchers think that's so.

For a plain-English description of why it works, I provide that here: https://fullyalive.ca/emotional-freedom-techniques/#how  (Scroll down to "Does EFT Tapping really work? If so, how?") You can also read my article https://fullyalive.ca/how-does-eft-work/ for a shorter summary of why researchers believe it's effective.

The tl;dr (too long, didn't read) version is:

we think that stimulating the acupoints used in tapping deactivate arousal in the amygdala, helping to regulate the mind and body's response to stress. These points are also located on parts of the body innervated by the ventral vagus nerve.  This is the biological brake pedal on sympathetic nervous system activation, so perhaps there is a connection there as well. This, combined with psychological exposure to the threat, may initiate what's called "reciprocal inhibition" - basically, neutralizing the trigger response.

The Wikipedia entry for EFT says it's quackery

This history and bias is reflected in the Wikipedia article on EFT tapping. Wikipedia will still tell you that EFT is pseudoscience and doesn’t have support among clinical psychologists.

How is that possible given the evidence?

Is the evidence flawed?

The Wikipedia entry for EFT (and numerous other alternative and complimentary medicine entries) is tightly policed by a group of editors who share a common world view. They support this world view with content from sources like the Skeptical Enquirer, and often not from peer-reviewed studies. Wikipedia does reference some scientific studies in their content, particularly ones that are critical of EFT. However, some 98% of studies done on EFT to date show a positive effect (i.e. not due to placebo), yet these are not included.

(If you would like to read the critical studies, and the responses to them, you can find them here.) https://www.eftuniverse.com/research-studies/eft-research

– and to be honest I probably never would have tried EFT if I hadn’t been totally hoodwinked into it.  But this is something beyond skepticism.

The existing body of research on EFT includes numerous meta-analyses and randomized controlled trials that solidly demonstrate EFT’s effectiveness. The research shows EFT is as good, or better, than cognitive behaviour therapy, EMDR, and other standards of care.

Wikipedia says that EFT is not accepted by psychologists

However, many clinical psychologists and other licensed healthcare practitioners have adopted it as part of their practice. A google search for "EFT tapping counsellor" or "EFT tapping psychologist" will confirm this for you. Most know what it is, and I continue to receive referrals from licensed clinical counsellors who want me to use EFT with their clients... or on themselves!

In addition to this, the Faculty of Medicine of the University of Lyon-Est in France is teaching EFT Tapping as part of its program on Thérapies Brèves (Brief Therapies).  Veteran's Affairs (USA) has approved EFT as a "generally safe therapy."

Wikipedia’s own rules about health-related topics are supposed to prioritize the inclusion of high-quality research (like meta-analyses published in reputable journals) as sources.  However, in the case of the EFT article, they violate their own rules and simply omit almost all of the existing research. When anyone tries to update the article, the edits are suppressed.

Why not just report on the science?

Contrary to popular belief, not just anyone can edit Wikipedia articles. Controversial topics are hotly contested, with folks fighting over the content sometimes for hours a day. Yes, it’s bad. Imagine you also have pharmaceutical companies, major corporations, and PR departments.  They are spending hours and hours fighting over the content that affects their bottom line on a huge number of health-related topics. Yup.

EFT Universe has covered the problems with the EFT entry here  http://www.eftuniverse.com/index.php?option=com_content&view=article&id=10682 They write,

Wikipedia allows the reader to peer behind the entry to the history of additions and deletions to the article.  The skeptical editors are perfectly clear, in these discussions, about their world view. When new studies are published in peer-reviewed medical or psychology journals, the editors state that they should not be included in the Wikipedia article.  This might lend credibility to EFT, which in their eyes it does not have. This circular reasoning prevents normal updates to the entry.”

Another article covering this issues explains:

Larry Sanger, cofounder of Wikipedia, left the organization due to concerns about its integrity. He states: “In some fields and some topics, there are groups who ‘squat’ on articles and insist on making them reflect their own specific biases. There is no credible mechanism to approve versions of articles. Vandalism, once a minor annoyance, has become a major headache-made possible because the community allows anonymous contribution. Many experts have been driven away because know-nothings” [source]  http://www.eftuniverse.com/images/stories/6-4-10/wikipedia_bias.pdf

Want to read what should be the real Wikipedia entry on EFT? Here’s one that gives a science-based look at tapping  http://www.eftuniverse.com/eft-related-press-releases/wikipedia-revised-entry

For a comprehensive and frequently updated list of the peer reviewed studies on tapping that you can download and read for yourself, I suggest consulting:

Even better, give EFT a try for yourself. You don't have to believe in tapping for it to work!

Jessica Dorzinsky is a certified Advanced EFT Practitioner and EFT Trainer (NQT) from Calgary, Canada. She has contributed to published scientific research on the environment as part of an earlier career path. Today, she works primarily with sensitives/HSPs and others with complex inner worlds, using EFT Tapping & coaching. Her passion is helping people to feel fully alive. Jessica offers EFT sessions and professional training online.