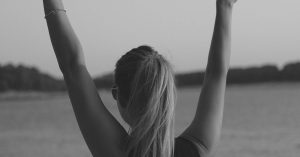 A delightful woman, who is blonde but not at all dumb, spent much of her childhood being put down and blamed for things she didn’t do. Her emotionally wounded mother was loath to celebrate her daughter’s academic or sports achievements, instead preferring to blame her eldest daughter for the mistakes of others. It didn’t seem to matter how much her daughter protested, or attempted to tell her truth, she was not heard; she was disregarded and punished for things she didn’t do. She didn’t smoke but she was blamed when others did. Her sister could do no wrong, but when she did, my client was blamed for not preventing her sister from doing the wrong. And she was called names, like “my dumb blonde daughter”. By her own mother! As a result my client grew up to be a woman who feared being rejected; someone whose friends also tended to not treat her very well.

When one of her own children turned to drugs she worked hard to find them rehab - 4 times! When her child returned home after the last stint in rehab and again began not living up to the rules that their mother had given them, (no drugs, go to school, come right back home), she didn’t know what to do.

So we spent several sessions working on setting and sticking to boundaries. We started by doing some historical work on times when others had stepped over her boundaries and she had just gone numb, not really knowing what to do, having had the experience of being shut down as a child. Releasing the grief, shame and fears that she still held onto in her body, and in her long held limiting beliefs, began to free her up to find more powerful ways to live and interact with her children and friends.

Finally she was ready to set and stick to some boundaries with her child, which her child initially didn’t take seriously, as their Mom had never stuck to them before. So, in the winter, Mom kicked her eldest out of the house. She was finally really clear about what behaviour was acceptable, and what was not. She let her almost adult child know that she meant what she said and why, and when they broke the terms they had to leave. It was among the most difficult decisions she had ever made.

A few weeks later the young person returned home and has been drug free, working and responsible for months. They got the message when Mom got the message that she deserved to set boundaries that were respected and to do what she needed to do to keep all of her children as safe as possible. (The above is published with the permission of my client.)

Boundaries are tricky for many of us, particularly women, because most of us were not encouraged to have our own boundaries when we were children. Healthy boundaries were rarely modelled, nor supported. They were often actively discouraged. Not all mothers are motherly. Some are more narcissistic than maternal. Some play favourites. Some are verbally abusive. Some look the other way while their husbands violate their children’s physical and emotional space. Some of us spent far too much of our lives working hard for signs of acceptance from mothers, (or others), unable, or unwilling, to give acknowledgement or praise. Some felt profound shame or guilt. Some became co-dependent. Some – all of the above.

If you find it hard to establish respected boundaries, there is reason for optimism. Setting boundaries is necessary! Boundary setting is a skill best learned while doing supported emotional work. Tapping on those times in the past when your boundaries were not respected helps you feel that you deserve to set them, stick by them and have them respected. As an adult you potentially have far more power, and options than you did as a child. You deserve to know that now you can be far more powerful than you were permitted to be before. EFT Tapping and Matrix Reimprinting can help you to become self-empowered.

If you experience other people stepping over your boundaries, I would be honoured to help you release any associated shame, grief, anger or guilt. Doing so will help you to find your inner boundary setter. Setting boundaries that are respected is a learnable skill and can help you learn how to stop others from walking all over you.

Alice Grange is an EFT International Advanced Certified EFT Practitioner specializing in helping to empower disempowered women, particularly those who had a difficult relationship with their narcissistic, drug or alcohol dependent mothers.  Stay tuned for an online workshop on setting boundaries.