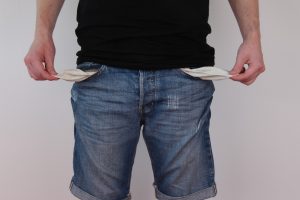 EFT International encourages its Accredited Certified Practitioners to continually tap with other EFT professionals to sharpen our skills. One of my favorite “tapping buddies” is a practitioner I’ll call Bev.

Bev is successful in facilitating transformations for her clients.  She recently had the good fortune to be written up in local media after she helped a reporter overcome a considerable limitation. Bev has received testimonials from numerous other people, which encouraged her to go full-time in her practice.  She is eager to retire from the emotionally demanding nine-to-five job she has held for nearly thirty years.

The Dilemma: Too Few Ideal Clients

To practice EFT full time, Bev needs to fill her calendar with new clients.  She has penciled in time periods to accommodate them. Unfortunately, she has encountered more than a few new people who sign up for her programs, make partial payments, and disappear. Others haggle with her about her rates. (Thriving full-time practitioners caution Bev that her rates are too low to begin with.) One potential client went so far as to tell Bev that she should shave her rate because it exceeded what she charges her own clients for a different service.

In the past, Bev has had success using EFT to attract new clients, but she reported considerable stress about her current situation. She looked at the time periods in her calendar, which she refers to as “bubbles".  Every time she did this, she felt tension which manifested as tightness in her chest.  We agreed to tap on the physical sensation, which Bev rated as having a SUDS of 8.

Even though I have this tightness in my chest when I see those bubbles, I deeply and completely love myself.

After a round or two, Bev reported that the sensation’s intensity decreased. She said that some thoughts came to mind:

As we tapped on these beliefs, Bev had several revelations, namely that she had put herself in the position of having to “chase” clients.  This had resulted only in wasted time and energy.  Not the income she needs to establish a full-time practice.  She decided that hagglers and high-maintenance people are not the type of client she wishes to attract. She fully understood that spiritual people and healers are no different from the rest of society.  They require money to thrive, and are entitled to charge for their services.

I asked Bev to take another look at the bubbles in her calendar to ensure her feelings about them had truly shifted. She reported their SUDs intensity decreased to a one or a two.

She agreed that she felt neutral enough to tap on some possibilities for her business. We tapped on the idea that Bev could attract clients who love to pay her – the way some customers enjoy paying top-dollar for haircuts. (Another revelation.  A good haircut might last six weeks to eight weeks; a skilled EFT Practitioner provides a service that can change a client’s life forever).

When we finished our session, Bev told me she felt good about her situation.

This opened a lot for me

Three days later, Bev emailed me with the news that a potential client had contacted her the day after our work together. They had a session later in the week, after which the new client paid in full for Bev’s three-month program on the spot.

Bev reiterated that EFT had helped her attract clients in the past, but in our session together, she was able to

go further to get to the bottom of her situation.

This is another example of how EFT helps peel away layers of resistance, so that users can achieve the transformations they seek.

Terry is an Accredited Practitioner, who specialises in the treatment of Phobias, Cravings and Athletic Performance.