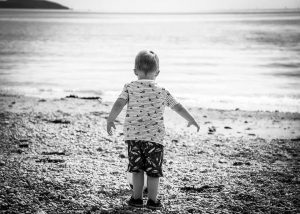 Response of children to Tapping

I have found that children of all ages respond very well to EFT/Tapping.  I am a relatively new EFT Practitioner, but my background is in education. Also, I have a growing gaggle of grandchildren, so I have had quite a few opportunities to try it out!  It's all about making it accessible and relevant.

My very first experience of EFT was when a parent suggested that I might be interested in bringing it into school.  At the time, I was a teaching head teacher of a small, rural school.  Mental health and wellbeing were at the heart of every decision I made (both for pupils and for staff).  If you don't have happy children and/or adults, worthwhile, high quality learning is just not going to happen. I invited the parent into school to introduce EFT to everyone and she visited every class.

At the time I was in the early stages class, so we learned the Tapping points singing along to Twinkle Twinkle Little Star. Very quickly, we began to include a Tapping session into our daily routine.  We would talk about what was going on and how we were feeling.  The more opportunities children have to recognise and talk about their emotions, the more chance they have of becoming emotionally literate adults. It was this experience that led me to attending a Level One EFT course, followed by Level Two and now, here I am, a fully qualified EFT Practitioner!

As AndBreathe, I visit schools delivering the Paws b (pause be) and .b Mindfulness programmes to year groups.  I also share mental health and wellbeing skills and strategies to small groups and individual pupils who are finding life tricky.  EFT is always part of these sessions, and I usually introduce the year groups to EFT at the end of the Paws b Mindfulness programmes.  In the younger classes and for pre-school children, I share EFT/Tapping by singing Twinkle Twinkle Little Star, as I first experienced, but I now also include singing a song along to the tune of Frere Jacques:

After some discussion on feelings, we then replace the 'I am Tapping' phrase with 'I am Angry/Sad/Yucky' or any other emotions/words that suit.

I am gradually finding more EFT texts for reading to children, and for the adults who are supporting them.  One of those books is 'Happy Tapping with Mia and Charlie', by Paula Kennedy.  I have also used 'I Love Me' and 'I Still Love Me' by Hilary Ahluwalia.  I used Hilary's books when I visited Kenya earlier this year and was introducing EFT to Kenyan schoolchildren.  Many Kenyan children have experienced significant trauma, and Tapping has been very effective.  In Kenya I also used a video that can be found on YouTube, which was very useful for overcoming language challenges. The message was powerful, as well as the video being accessible and relevant:  Two Finger Tapping - (TTT) https://www.youtube.com/watch?v=Sl0AkZfRGNE

In the outdoor wellbeing work that I am now doing, I also use EFT in 'Outdoor Wellbeing for Teens' sessions.  These are very relaxed sessions when we tap on all sorts of challenges that the teenagers might be facing, either at school or at home. The teenagers bring back many examples of when they have gone on to use Tapping by themselves, often for situations linked to anxiety in school. Teenagers experience very strong feelings/sensations within their bodies when they are anxious or upset, and it is very empowering when they experience the body sensations dissolving in a Tapping round.

In Family Wellbeing sessions, I also share EFT with good success, especially with children who are anxious about going to school or being in social situations.  It is heartwarming to witness the change when they realise that they now have a tool they can use all on their own.

I had visited all the classes of a small school just before the summer holidays.  It was break time, and someone brought in a very young pupil who was beside herself because she thought a wasp was in her ear.  There was definitely something in there. We all knew there were a lot of wasps around, so she assumed it was a wasp.  School staff contacted mum and waited for mum to arrive.  Staff are not allowed to do any more than that in this sort of situation.

It came to me that I could encourage the young girl to Tap.  I spoke to her and reminded her of what we had just talked about. I then said it might help her breathing (she was breathing very rapidly through the sobs) if we tried it.  She was too upset to do any Tapping herself, so I asked if she minded if I tapped on her face like we had done.  This was all very spontaneous on my part, but I went with my gut instinct.  She nodded and I began to tap, talking about the situation.  In a very short space of time her breathing began to settle, and by the time her mum arrived, she was calm, so much so in fact, that her mum was not overly concerned!  Staff were amazed at the transformation of the young girl, resulting from the Tapping - and, to be honest, so was I!

Gillian is an Accredited Certified EFT practitioner.  She is also a Reiki practitioner, and a facilitator in Pawsb and .b Mindfulness.