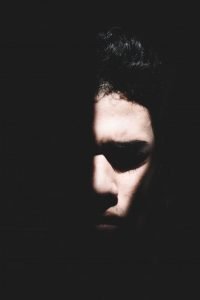 We are living in the most extraordinary of times. I can’t recall any period in my lifetime where I’ve seen more people so intensely angry, afraid or depressed. I am now accustomed to seeing clients feeling like this day in and day out in my private practice. It does not matter where their allegiances may be on the political spectrum. But in addition to my clients, I cannot open my computer or turn on my mobile device without being confronted by raw emotions pouring out from the people I love. In the last few months I’ve heard several spiritual teachers say that now is the time that we should all be doing “deep shadow work”. I agree. This is why I’m writing this article on how EFT and Matrix in fact do just that.

So Just What is Shadow Work?

The reference to ones “shadow” was originally developed by Carl Jung who famously said, “What you resist persists” and “Everything that irritates us about others can lead us to an understanding of ourselves”. Jungian psychology refers to the shadow as the unconscious part of our personality which the conscious ego doesn’t identify as itself.

This is due to the fact that on some level, we do not wish to accept those negative aspects of ourselves. Doing shadow work usually refers to the process of confronting and working with those negative parts. But I also want to point out that positive aspects can also lie in the shadow (subconscious). Think about people with low self-esteem and low self-confidence who can’t see all the good they embody. The shadow can then be described as that which lies underneath your conscious awareness both positive and negative that you don’t wish to accept about yourself.

"Everyone carries a shadow and the less it is embodied in the individual's conscious life, the blacker and denser it is”, Jung wrote. He also described the shadow is reactionary, irrational, and prone to “projections”. The less you work on your projections the more you are bound by illusions and your sense of what is real is hidden. The projection is the negative aspects of ourselves that we feel not ready or unsafe to witness and take responsibility for and instead, “see” only in others.

If you have ever told yourself you are going to do something and just the opposite happens, then your shadow is likely at play. If you don’t deal with your shadow, your shadow will deal with you, is another way of looking at this. There is a “heyoka” or trickster quality that seems to be imbued within our shadow.

How “Projection” Plays Out in Our Lives

When we have as part of ourselves a sense of inferiority or feeling of weakness, it is not uncommon to see this particular quality with greater clarity when it shows up in another person. It may appear in our daily lives as a moral deficiency in someone else, rather than within us. At play are self-protective mechanisms that we engage in routinely. We learned as children that there were parts of ourselves that weren’t acceptable to our parents or others whose opinions we cared about.

If you were told that you shouldn’t be angry or to stop crying or you have to stop bragging when you did something you were proud of, then you probably learned to bury those emotions, traits, and impulses. You could have also learned this from just watching your parents and caregivers do this. One way to see projection in action is to tell yourself, “if you spot it (in another person), you got it.”

Here are some common examples:

How is EFT Shadow Work?

1. Shadow work involves acknowledging that part of you that you don’t easily acknowledge. By asking yourself to stop and reflect on what you truly feel about any given situation while tapping, offers you the opportunity to acknowledge it fully.

2. Traditional shadow work involves having compassion for yourself, as it’s not easy to own what you feel or how you have reacted in a situation. EFT uses the setup statement “I deeply and completely accept myself” as a form of self-compassion.

3. Working with your shadow is about asking for hidden motivations in your behavior. With EFT you are working directly with the subconscious mind and those motivations are brought to the surface when you tap.

4. By working with each layer of the onion, we open ourselves up to the underlying beauty of who we are. In shadow work we see the origin of the shadow and the gifts that are there for us to use. EFT does this very quickly. Once the psyche feels safe in the tapping process then what was once hidden is revealed. Once the hidden is revealed and tapped on, you can see the gift that lies at the heart of every trauma.

While it may not be easy to look at these “most interesting of times” as rife with opportunity, I find that there may never have been a greater opportunity in my fifty plus years to witness a more potent time more ripe for EFT and Shadow Work to be done. The opportunity is here to transform pain and intense opposition into deep personal healing.