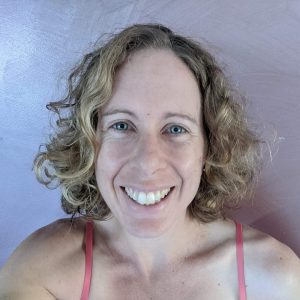 Caroline supports people who have a strong knowing that everything is connected. They are deep in their own inner work and have been on 'the healing path' for countless years already. They consider themselves to God in human form (or Source incarnate) and have strong spiritual beliefs about the connectedness of all things.

They are often the rebels, the odd ones out in their family, the people who are determined to change the world by being themselves. And they're not afraid to delve into the shadowy regions of their unconscious mind to find out what's blocking their success.

Caroline attracts the people who have tried everything already. They know how to dive deep. They are emotionally intelligent, clever creatures who are learning to be kinder with themselves. Many of her clients have had some exposure to EFT, but their experiences have left them disheartened. They like the idea of EFT but they want someone to show them how this tool can be used in a deeply effective yet kind way. They're done with tapping along to scripts or trying to follow YouTube videos - they want the deep transformational change they have not been able to create on their own.

They're ready to go deep and they intuitive feel that Caroline is the right fit for them. They know that whatever shifts they create within their own body and being will affect the depth and power of work they can do with their own clients and community.

They have the money, time, space and willingness to explore EFT and are curious to find out if Caroline is the right person to guide them. They're open to, or already know about the power of Human Design as an in-depth personality profiling tool, and they're curious to see how this additional tool may solve problems relationship and communication issues they've been trying to solve for ages.

Caroline has been coaching 1:1 and small groups since June 2012. She has been working with the incredibly accurate profiling tool, Human Design, since July 2014. And while she was newly Certified as an EFT Practitioner with EFTi in July 2021, she has been informally studying, personally tapping and receiving client sessions to deepen her own work since January 2015.

As Caroline is based in Brisbane (Australia), please know that her client session times best suit those in Australia, New Zealand, Canada and USA (as well as the rest of the Americas, Oceania & South East Asia).

She welcomes people of all faiths, genders, ethnicities and preferences, yet keeping in mind her work is best suited to those people who, when reading the description above, found themselves thinking "yes, yes, yes... that's me!". She looks forward to meeting the people whom she is here to serve. If that's you, then you'll find the links to connect above.