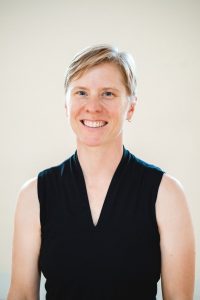 Fritha Pengelly is an Accredited Certified EFT Practitioner, a Guild Certified Feldenkrais Practitioner® , and a Certified IOPS Practitioner based in Northampton, MA. In 2013 she graduated from the Feldenkrais Professional Training Program at the Feldenkrais Institute of NY where she studied with director David Zemach-Bersin, Sheryl Field, Anna Johnson, Aliza Stewart, Arlyn Zones, Ruty Bar, Deborah Bowes, and Elizabeth Beringer. She has also had the pleasure of studying with Dr. Jeff Haller, and graduated from Dr. Haller’s first IOPS Academy Graduate Training in May 2017.

Fritha Pengelly has over 30 years of dance and movement experience, and has been a certified Pilates instructor since 2002. She spent seven years (1994-2001) performing and teaching nationally and internationally as a member of the New York City-based Doug Elkins Dance Company, serving as co-rehearsal director from 2000-2001.

Fritha received her M.F.A. in dance with a focus on anatomy and physiology from the University of Washington and is currently teaching in the dance program at UMass/Amherst. She has also previously taught as a visiting artist at Hampshire College, Amherst College, Mount Holyoke College, the University of Massachusetts/Amherst, Bennington College, North Carolina School of the Arts, Wake Forest University, and Springfield College.

Fritha offers individual EFT sessions and also teaches Awareness Through Movement® classes, Functional Integration® lessons, a variety of Feldenkrais® workshops, as well as Dance for Parkinson’s classes in Northampton, MA. She specializes in combining EFT and Feldenkrais® as a way to learn about physical movement patterns and their relationship with emotional patterns as part of the process of creating possibilities for deep and profound change.