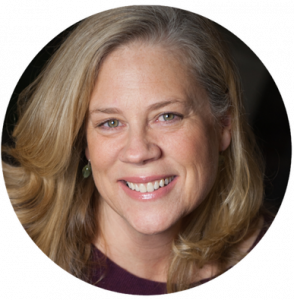 Naomi Janzen received her advanced training and certification as an Expert Emotional Freedom Techniques Practitioner (EXP-2) and Energy Psychology Practitioner through EFT Universe and was a trainer and mentor for EFTU from 2015 - 2021. In 2018, she was invited by Dr. Peta Stapleton to train and mentor for her Evidence-Based EFT for Licensed Health Professionals program. In 2021 she joined EFT International at the level of Certified Accredited Master Trainer.

She continues to work with clients from all over the world in her private practice while running workshops to train practitioners in Sydney, Melbourne, the Southern Highlands of New South Wales and California.

Having come to Tapping over a decade ago when she successfully used the self-help form of EFT to end her own situational depression in under a week, Naomi became determined to learn as much about the techniques as possible in order to help others achieve their own life-changing results. Though little was understood about the science underlying the method’s effectiveness when she began her exploration, she became keenly interested in tracking the emerging body of research that was being conducted and published. In 2016 she began parlaying this interest, drawing on her previous 25 years career as a television writer and producer, into the 2018 documentary film The Science of Tapping, which she wrote and co-produced alongside Dr. Craig Weiner and Alina Frank.

In addition to practicing, training, and mentoring, Naomi works to further the cause of Tapping along with mindfulness/meditation through a number of channels. She is the creator of Remindfulness, an app listed in 2017 by Positive Psychology as a Top 10 App for Mindfulness, as well as co-founder and co-host at One Mind Live, a weekly live online group tapping and meditation membership site that ran from 2013-2017. In addition to authoring forthcoming book Tapping Out of Depression (Even When You Barely Care Enough to Try), in 2018 she acted as Consulting Producer on the award-winning experiential documentary feature film about the power of meditation by Tom Cronin and Jacqui Fifer, called The Portal.