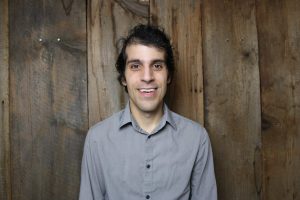 Eric always had the desire to help people for as long as he can remember. He got a bachelors degree from the University of Massachusetts, Amherst in psychology with the intention of becoming a clinician. After graduating, he got a position at a residential facility for emotionally distressed children. As fulfilling as the work was, he was not ready to take on the weight that came with such a position.

After leaving, Eric tried to find a different path for his life that he connected with. He worked in a variety of industries such as hospitality, retail, real estate, factory work, antiques & subsidized housing. Yet, some part of him knew that he was wandering away from his true calling.

It was while working in subsidized housing that his psyche told him that something needed to change and it did so through a panic attack. Eric’s vision of himself shattered as a result. A vision that he was not suppose to be living.

This jarring experience reconnected him with a therapist who specialized in EFT. Many months of emotional healing later, Eric recovered from the panic attack and began to embrace his true calling. The EFT work not only healed his wounds but reignited his passion and drive to help others.

Eric embraced the gift that the panic attack gave him and aimed his efforts towards becoming an EFT practitioner. He obtained his EFT practitioner certification through EFT International. His continued goal is to guide people so that they can connect with their true calling in life. And as a member of the LGBTQIA+ community, he recognizes the importance of ensuring those is his community have a safe and caring healer at their disposal.