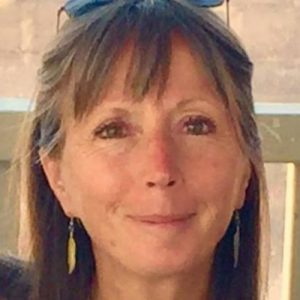 My life purpose is to help people achieve a more holistically and spiritually balanced life. I have many tools in my kit that enable me to do just that as a therapist and spiritual life coach. EFT fits in well and is my 'Go To' tool for deep and profound change. I am an Accredited Certified Advanced Practitioner member of EFTi and a member of the Complementary Medical Association (CMA).

My life as a therapist began in 2007 when I was made redundant from my job as a business analyst in the financial sector. I took it as an opportunity to change paths and I have never looked back.

In 2008 I trained as a Soul Retrieval Therapist with Soul Concern, Manchester, UK and also attended Erickson/Rossi Technique Master Classes with Norman Vaughton.

In 2007/2008 I gained Level I, II & III Advanced EFT Practitioner certification through training with EFT Master, Trainer, Author and Speaker Tania A Prince, also in Manchester, UK. Tania was one of the first people to be trained in EFT by its developer Gary Craig. Tania is the developer of Deep State Re-Patterning and I was one of the first to be trained by Tania as a practitioner of this modality.

In 2009 I was invited by Tania A. Prince to participate in both a multi-media presentation and a worldwide telecast about EFT.

In 2010 I rebranded and opened my second practice Mind Body Balance Studio, also in Manchester, UK.

Also in 2010 I was invited to be a tutor at the Academy of Holistic Hypnotherapy.
​
In 2011 I was approached by award winning Dutch short film maker Remy Schepers regarding a short film he was producing about hypnotherapy and was subsequently invited to be the consultant hypnotherapist for his film 'Black Premise'.
​​
Early 2015 I founded the H.O.P.E (Helping Other People Evolve) Academy, providing personal development, personal empowerment and holistic well-being courses, programmes and workshops.

Whilst in the UK I was listed on the NHS Directory of Complementary and Alternative Practitioners which allowed me to receive GP referrals.
​
I returned home to New Zealand in September 2015 .
​
In August 2017 I began Sound Healing practitioner training with the UK based Academy of Sound Healing.
​
In March 2019 I opened The Synergy Centre – Holistic Wellness and Relaxation Centre, in Whangarei, New Zealand. [SYNERGY : When two or more elements work in harmony to create a combined effect greater than that of their individual effect.]

In September 2022 I received a CMA (Complementary Medical Association) accredited Shadow Mastery Diploma (Distinction), based on the principles of Carl Jung, through the Centre of Excellence (UK).

"BALANCE, PEACE AND JOY ARE THE FRUITS OF A SUCCESSFUL LIFE. IT STARTS WITH RECOGNISING YOUR TALENTS AND FINDING WAYS TO SERVE OTHERS BY USING THEM"
~ Thomas Kinkade ~