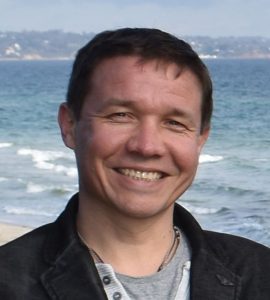 I have been on the journey to help myself and others grow since early in life. I spent seven years as a full-time meditation student and practitioner in bhakti-yoga ashrams around the world. I was trained in hypnosis, Neuro-linguistic Programming (NLP) and reiki. I have been on the lookout for effective tools that could help one overcome stumbling blocks and personal limitations. I attended a lot of personal growth events by Anthony Robbins, Brian Tracy and others.

I first learnt about tapping from Tony Robbins when I attended his Leadership Academy event in the US in 2003. Tony told us that there was a new breakthrough way of dealing with physical and emotional pain and it involved tapping on different points on the body. He showed us two alternative approaches with slightly different points and sequences. It piqued my interest but I remained unconvinced. About two years later a fellow Robbins graduate told me about EFT and mentioned some incredible things that one could do with it. My interest was fanned and I ordered the full DVD training library from Gary Craig, the founder of EFT. I started watching it and tapping along and noticed some amazing changes. Shortly after I had to really rely on EFT to get me through one of the toughest emotional challenges - an unexpected divorce. It helped me sail through what would have been a devastating event. I was thrilled and enthused. It took me until 2013, however, to finally find an EFT trainer and take a practitioner course. I have been on this journey ever since, helping people with various emotional and physical issues by using this amazing tool.

I work with English- and Russian-speaking clients from around the world.

I have a coaching program for releasing stress in sales and business.