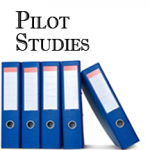 Baker and Siegel conducted a follow-up study after a 1.4 years lapse between the time of the original testing and the follow-up. On most measures, the significant effects for the single session of EFT still persisted after this considerable lapse of time and were superior to the results for the two comparison conditions. It is striking that only one session of EFT could still show effects almost one and half years later. This can be said of very few interventions in the field of psychology.