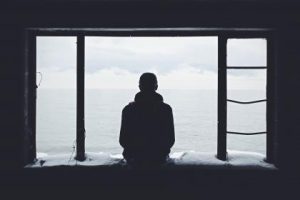 A client, whom I shall call Jenny, had a number of different anxieties of phobic intensity that included crowds, crowded public transport, and high buildings. She had a CV and skill set that meant she could have been a high earner in Central London, but her difficulty getting there or finding a job that did not involve going up many floors meant she had needed to take lower-paid work locally. This was not only not giving her the income she was capable of earning, but also it did not give her the job satisfaction of having employment that she felt stretched her.

Jenny was in her mid-thirties. She was not able to pinpoint when she felt the problem began. Like so many people with the sort of “complex” travel anxiety that keeps rippling out to more aspects unless it is arrested, it had happened gradually.

I asked her to imagine being on a crowded bus and notice the feelings that came up, and to just let her mind wander back to a time she might have had that feeling before. She accessed a memory of being in a crushing crowd getting into a football match when she was jammed between a mounted policeman’s horse on one side and the turnstile on the other. It had lasted for only a short time, she said. It was a long time ago. She could not access more than a low level of intensity (SUDs) when she thought about it. She was sure it was irrelevant.

I asked her to humour me by doing some tapping on it, just so we would know it was out of the way. We used the Movie Technique. After the first round of tapping her SUDS (emotional intensity) went up. She also remembered that she had had damage to her ribs at the time and thought they might have been broken. After another round the SUDS went right down again, all the vividness of the event and its aftermath had gone, leaving her amazed at the speed and scale of the change.

After this, she applied for a job at Victoria, got to the interview without difficulty and got the job.
However it was quite some floors up and, although she had managed the height for the interview, she was still anxious about facing it daily.

She had a couple of negative memories from fire alarm drills in a previous job where there had been something of a jam on the emergency exit staircase and she felt crushed and panicked. Again we did the Movie Technique on them.

About a year later, I went to the door to find a huge bunch of flowers had been delivered. Jenny was “knowing” enough not to put me in a difficult position about accepting or not a gift by handing them to me. On the card it said that her new job was going well, and every day when, without anxiety, she navigated the crowds outside her office, got on and off public transport, went up and down in the lift without worrying that she might have to leave by a staircase she thought about our work together and how grateful she was to have found such resolution and wanted to acknowledge it.

EFT Founding Master and EFT International Accredited Certified Master Trainer of Trainers, Judy Byrne is a therapist, trainer, writer and international presenter on EFT. She has a special interest in helping people to clear trauma so they can move on with their lives. Visit her online at eftjudybyrne.website.

From the EFTfree Archives, which are now a part of EFT International .
Originally published on Sep 19, 2014.