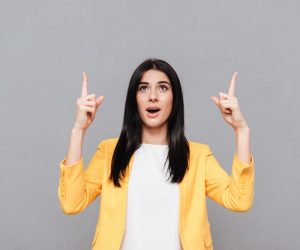 I can still see my mother’s furious face"

said my client Rosemary, a woman in her sixties who suffers from motor neuron disease.

I was three years old and terrified."

Where do you keep this image? Put your hand where it is. In your head?"

Her arm shot up to wave above her head.

She was indicating a space an arm's length above her head. She was vividly ‘seeing’ her mother’s threatening face scowling down at her when she had been a little girl lying prone. Here was a stuck traumatic memory – apparently stuck outside her body.

The medical instrument called a magneto encephalograph (1) reads brain activity outside the head; it reads our magnetic field.  We are actually broadcasting stations…

No doubt some people know that we humans can carry trauma-related memories outside our heads, but a while back it had been news to me.  This was despite thirty years as a complementary therapist.

I had come across this surprising fact while studying the work of esteemed Dutch/Swiss Professor Willem Lammers, creator of Logosynthesis, another non-drug system for feeling better.  Dr. Lammers employs the technique of noticing and working with this usually unnoticed energetic reality. He refers to such memory pictures as frozen structures in an individual’s personal space.  This is the space that can feel invaded when people stand too close.

How can this knowledge help in a tapping session?

Rosemary and I were working through one of many childhood traumas with her cruel mother.  She could not recall the actual event. We tapped round on the emotions that this trauma-related face image aroused in her.  After a few rounds, we tested the results by Rosemary reviewing the image. As each stress level left her, the image started to spontaneously back off in her (inner) perception.

I figured that clearly, as long as it remained in her view, its message was --

Soon the mother’s face image was ‘far away’. After another tapping round, it had become a dot in Rosemary’s awareness. Another round, then… ‘

Rosemary was now peaceful and immensely relieved. A huge chunk of terror that she’d held in her being for more than fifty years had left her.  She felt that this particular trauma had been a factor inhibiting her self confidence all her life.

Along with 0-10 testing, this outside-the-body image had tested the efficacy of her tapping process.  Also, its spontaneous movement and disappearance had astonished Rosemary, and had educated her about her own subtle energies. By subsequent sessions it had not reappeared, and she was still free.

The image had been a ‘convincer’, a natural occurrence during tapping that shows the client something is changing, all by itself.  As when a client recognises that physical pain has lessened, or shifted, or when he or she suddenly feels lighter.

Working in the energy field

This could sound like an advanced concept in therapy, maybe rather mysterious. But in fact, as we know, tappers work in the energy field all the time. EFT is an energy therapy.

Whenever we ask a client:

What colour is that pain?"

Where do you keep this sadness in your body?",

or other apparently silly questions, our hope and intention is to invoke the energy of the client’s imagination and/or sensitivity.  This is simplistically known as ‘right brain’ power. It can bring more brainpower to bear on dissolving whatever is holding that physical or emotional problem in place.

As we tap away stress, the client himself or herself notices that the colour of the pain or the emotion or the body sensation has changed. Dark or murky colours lighten. Body sensations move or fade. This is not caused by leading questions or directions. Such change has occurred naturally. It’s a convincer that tapping is working.

Marie is a grandmother who was facing an unexpected operation for ovarian cancer.

In previous sessions we had relieved several of her fears around the operation, as well as past traumas that seemed related to the development of cancer. Marie was aware of the stunning findings of the huge U.S. scientific study called Adverse Childhood Experiences (ACEs), which shows that unresolved childhood traumas often result in serious disease in later life.

Dealing with the shocks of her recent diagnosis, we again explored what doctors had said to her. Now she remembered the surgeon’s warning:

This is a major, major operation."

His words, his voice tone and expression, had sparked big fear in her.

I asked if she could remember how he looked and sounded when he said those words. I said,

See if you can tell me exactly where you keep that sound picture of him."

Marie closed her eyes and checked herself out.

The words are in my head"

she said, holding her forehead.

but his face is out here."

I had not mentioned outside-the-body images to her, but she held a hand in front of her eyes.

We tapped two rounds on ‘This is a major, major operation", and Marie's intensity levels went from 8 to 5.  Testing, I then asked her to check the image of his face. She reported,

It’s a little further away."

We tapped her intensity number to zero, and she re-checked.

she said happily. But from my point of view, because he was still ‘there’, we had more to do, even though she couldn’t find any fear.  We tapped two more rounds. Then she said,

When she also tested by saying his words, she felt nothing but calm.

You might like to explore this for yourself. Where do you keep any memory images of fearful faces or situations? Inside your head or outside?  Can you enlist them to help monitor the effectiveness of your tapping away trauma?

Annie is an EFT INTERNATIONAL Master Trainer and Advanced Practitioner, working on Zoom with clients worldwide, and based in Adelaide, South Australia. Whilst she welcomes any problem clients bring, she is passionate about healing trauma and alleviating chronic physical pain. She is also experienced in relieving spiritual concerns.