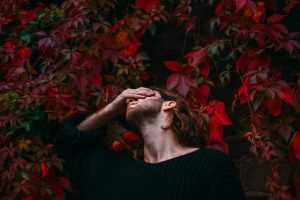 Recently, I learned something very powerful about practicing EFT that I'd like to share. A practitioner friend named Ganesha, a friend and recent student of Sonya Sophia out in California, did something with me that has not only been beneficial for me personally, but has also strengthened my ability to help others. In essence, by offering a gentle, thorough line of questioning, he helped me release my problem. I believe this happened because I was able to make connections at the beginning of our session that served to disarm my resistance to looking deeply at what was going on with me.

Many practitioners are familiar with the importance of asking good questions and building rapport with your client. What was new to me was how Ganesh allowed the details and intensities to linger while we delved deeper and deeper into my subjective experience of the issue. This is something I had previously touched on in many sessions, but never quite like this. Later what I realized was so powerful about this approach was how our exploration seemed to naturally disarm any body resistance to change (called PR or Psychological Reversal).

Our rapport together was also strengthened, and I literally felt so held and free by his gentle line of questioning, there was literally no real need to use the "setup" phrase during the entire process. Experienced EFTers will also notice how we employed the strategy of "continuous tapping” on acupuncture points during the discussion - which helped my body clear the energy of the words as we tapped. He also tested and measured my intensity levels around the original issue as well as several other aspects that were uncovered along the way. It is also worth noting that we spent time tapping on one specific (and intense) early event that rose into consciousness during the process.

We began with me talking about my "issue." I had just awoken from a nap at a friends house and had noticed my jaw was tight and that I felt frightened. It had occurred to me that this was a somewhat common occurrence. I started to describe my symptoms:

It feels like I'm scared to sleep sometimes. Like I'm afraid to completely let go. It's almost as if my consciousness is hanging on for dear life and won't let go of the bed.

He asked me to put my issue into a few succinct words. We decided upon, "My body won't let go."

What Are Some Negative Feelings You Have Around "My Body Won't Let Go?"

In other words, he was asking me what is was like to experience what I was going through. My EFTer's mind was racing: I remembered that these symptoms had appeared in my late twenties, and I knew that there had been trauma that was a likely cause. However, I actually didn't want to revisit this today. Instead I chose to go with the sense that something else, something earlier in my life was involved. Ganesha was already tapping, and motioned that I could tap along as well. So I tapped as I talked, one thought per point or so:

Frustrating. It isn't safe. Disappointing. I can't fix it. Out of control. Awareness of teeth clicking. Unease. Trepidation. Limitation. Stuckness. The stuckness is about a 7 (on an intensity scale of 1-10).

As many people know, EFT can be applied to any one of these words or phrases - each one a possibly rich healing doorway, but Ganesha encouraged me to keep tapping while he gently questioned me some more:

What's Some of Your Negative Self-Talk Around This?

I was kind of surprised at what was coming out of my mouth, but it was honest, and I sensed the tapping - and Ganesha's gentle voice, was really helping things flow. I did really want to get to the bottom of "body won't let go," not just in my sleep habits, but in my musical, creative expression as well.

What Do You Think Are Some of the Cultural Beliefs Around This?

Immediately I came out with:

Letting go isn't safe - I might be out of control. I might be too much. Things might get out of hand. If things get out of hand, they might embarrass someone. Maybe someone else will feel bad. Oh my god, I'm totally seeing an image of my mother.

What is Your Earliest Memory of This?

This one was easy:

My mother disapproved. At 10 or 11, she could shut me down with just one look. I made her feel uncomfortable. My behavior was too much for her. Too girly for a young boy. Too expressive. I had to protect her from me. I think I still do that. Letting go is never safe. Always trying to let go, but how can anyone TRY to let go? It's impossible! I'll never be able to let go. Music. It's part of why I have never given myself over to music."

Ganesh asked for some intensity levels around what was coming up for me. Sad: 8 (out of 10). I responded with some more thoughts about letting go, knowing from my own work that imagining the possibility of "letting go" might bring up some more core stuff. I continued to talk and tap:

What Happened Before When You Did Let Go?

I lost control. People got hurt. It was ugly. I could have killed someone. I was afraid to hurt others. It was also humiliating. It was shameful when I did lose control.

At this point a clear memory surfaced. I was seeing myself as a 10 year old, dancing in the laundry room of one of my childhood homes. I tapped and described the scene before me and how I had been mercilessly teased by the neighborhood kids who had been spying on me. How there had been no privacy in that house and how angry I had been. I recognized that there were literally a cascade of emotions, aspects and other memories here, but it felt right to just bring my attention back to this one, specific memory. I continued to visualize myself as a young man, then talk about the house and that time in my life, including all the players involved. It was at this point Ganesh took me back to my original phrase with some systematic tapping:

Long story short, we continued to tap through "Body Won't Let Go," stopping to measure the intensity (in this case, the truth) of the original statement. I actually couldn't find much truth in the statement at all by this time, and the "stuckness" (remember if was a 7) was now quite low as well.

As our session drew to a close, we discussed the many aspects that had come up, and how I could use EFT to "sweep out the corners" or investigate other areas further as the days went on. I was thankful that he had four pages of notes outlining the process for me to take home.

The Ability to See the Big Picture

In the days that have followed, the most startling effect from our session is my approach to my creative work. Something powerful has shifted within me, and I'm heartily exploring my musical work in ways I never have in the past.

I have also been awakening with a greater sense of peace and confidence in all my abilities - and having this last throughout the day. I attribute this profound shift to this latest session.

In EFT, we are always on the lookout for core issues, but sometimes a core issue is so big, it's like we're standing too close to a large painting. Tapping through the questions in the way we did was a like a slow stepping back. With each step the whole story was allowed to come into greater focus. I am greatly appreciative to my friend Ganesha (and his recent teacher Sonya Sophia) for their mindful approach to EFT. Stay tuned!

From the EFTfree Archives, which are now a part of EFT International .
Originally published on May 15, 2011.