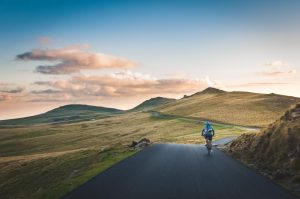 Here's a delightful story of how intention-setting around medical procedures helped one of my clients, along with some suggestions on how you can make it work for yourself.

My client had a dentist's appointment coming up soon after our session, and she was dreading it. Not for the reasons you might think--no, it was because she was afraid she'd have to take antibiotics for the procedure she was going to have, and she didn't want to.

She has a chronic health condition, and her digestive system can be sensitive any time. But when she takes antibiotics, it really creates a lot of problems for her. She had a call in to her doctor to ask if she could skip the antibiotics this time, but the nurse hadn't been encouraging that he would agree.

After tapping for her concerns about the appointment and past problems from antibiotic use, we decided we had nothing to lose by doing a two-part intention setting. The first part was allowing the possibility that the doc would say no antibiotics were needed.

But if that didn't happen, the second part was allowing the possiblity that her system would accept the antibiotics and she would be pleasantly surprised that it would be much easier than in the past.

I love to use this concept of "allowing the possibility that I can be delighted," or "pleasantly surprised" by a certain event we're currently dreading. It's open-ended enough to avoid most "yeah-but" reactions, and light-hearted enough to lift our spirits as we set our intentions.

The next time I saw her, she happily reported an even more surprising outcome than either of us anticipated. First, the doctor had said she could forego the antibiotics, so that was wonderful news in itself.

Even better, since our tapping, her digestive system had been working much more comfortably anyway, even though we had only worked on concerns around the antibiotic and not on her general digestive health.

To me, this is the beauty of intention setting. It can accomplish so much--as long as you keep certain guidelines in mind.

First, set your intentions in a way that allows for a variety of positive outcomes to happen, and doesn't trigger the mind's normal negative thinking patterns.

You'll notice we didn't make it an all-or-nothing proposition. My client could either have the outcome of skipping the antibiotics or, if it was medically necessary to take them, she gave her body permission to handle them as well as possible.

And second, once you've set the intention, let go of the outcome. That's hard, but it's key. That's why I like to use language of "allowing possibilities". We usually have limited thinking about the many ways to fulfill intentions. We tend to think there are only a few good outcomes.

But again, as we see in my client's story, she had a delightful outcome she hadn't even set an intention for, by having her digestion improve overall anyway.

Try this out for yourself and let me know your results.

Ange Dickson Finn is an EFT International Accredited Certified Advanced EFT Practitioner. She is based in Houston, Texas, and works with clients in person, over the phone and via Skype. Ange specializes in helping clients relieve stress and learn to thrive. As an equestrienne herself, she also enjoys using tapping with horses and their riders. Visit her on the web at www.TapIntoYourself.com or www.RideWithoutFear.com.

From the EFTfree Archives, which are now a part of EFT International .
Originally published on Oct 4, 2014.