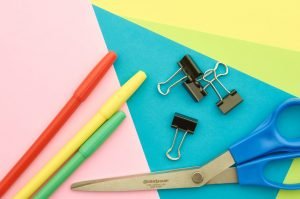 In July 2022 major news outlets published a flurry of articles about the findings of the MY Resilience In ADolescence (MYRIAD) study programme on the effectiveness of school-based mindfulness training (SBMT). The results were surprising. The project was conducted by researchers from Oxford, Cambridge, Exeter, Kings College London, University College London and Pennsylvania State University.

Somewhat unexpectedly, the results didn't "support the universal roll-out of SBMT” (Montero-Marin et al, 2022) as a way of improving the mental health of adolescents in the 11-14 age group.

It found school-based mindfulness training had no impact on preventing mental health problems in adolescents aged 11-14, and it didn't promote wellbeing. The lack of engagement of the students was the main drawback of the programme. Student engagement was described as “strikingly low” (Montero-Marin et al, 2022) with most students describing the practices as “boring”.

A lot of these findings make total sense to me. I've co-created and run a school mindfulness programme for about a thousand students for over a decade. I also come from a background of neuroscience, psychotherapy, yoga and psycho-sensory techniques (techniques that use sensory input to shift your neurochemistry).

At the risk of sounding obvious, for a programme to be successful, participants need to be open and receptive to new interventions, so safety is key.

From the moment you’re born, your limbic system and your emotional brain is constantly scanning your environment for cues of safety and for cues of danger. It's a security system which acts as data gatherer, gatekeeper, and a bodyguard in the face of potential threats. Think back to high school, a place with no shortage of threats.

Before I continue, let me first discuss trauma. Trauma isn't just living through a natural disaster, a physical attack or the sudden death of a loved one. We have all experienced trauma. Having parents with mental health issues, the threat of abandonment and rejection, the loss of reputation, and even being exposed to new experiences can also be trauma.

I’d like to speak about low engagement from another perspective by addressing the elephant in the room. Meditation and other mindfulness techniques are not basic skills. Accessible, yes, but foundational, no. As part of my yoga training, we were taught an eight-step framework called the Eightfold Path of Yoga which includes the study of ethics, movement and breathing practices. Breathwork is step four, concentration (mindfulness) is step six, and meditation is step seven. I've taught yoga and meditation for close to two decades, and meditation still kicks my ass. When you begin to calm the turbulent waters of your mind, you access what lies beneath; what's below conscious awareness - pain, shame, suffering, inadequacy, sadness, anger, fear and, ultimately, trauma, or what I refer to as emotional turds.

Offering meditation and mindfulness to most 11-year-olds before ensuring their nervous system is in a state of regulation, and without giving them the tools to deal with what may come up as a result of their practice is like encouraging someone to take up tennis by inviting them to square-off against Serena Williams on their first go.

Of course the experience is going to suck. The students’ lack of engagement in the mindfulness programme could be read as a protective mechanism. “This is boring” could be translated as “I don’t feel safe to engage in this practice.” This shifts the focus away from the fears they don’t yet have the tools to face, onto the teacher or mode of teaching.

“This is boring” protects the student from the vulnerability of being judged by another member of the class. It shields them from ridicule, and it insulates them from shame.

The cool kids have a reputation to uphold. The last thing those in the out-group want to do is give the in-group a reason to further marginalise them. Having said this, it’s also vital that the training providers engage directly with the students’ feedback. It's important they find out what the students would like to see as part of their programme, and what works for them and what doesn’t.

When researchers say they need to reconsider how to run the programme, they are spot-on. In the meantime, how can we help young people deal with their emotional turds in a way that feels doable? This is where Emotional Freedom Technique (EFT) or tapping comes in.

I absolutely couldn’t be without EFT in my practice. When people ask me what it is, I usually say it’s like psychological acupuncture. It draws from Traditional Chinese Medicine and its understanding of the body’s meridians as well as on concepts from Behaviourism. EFT incorporates the use of the stress scale that was developed by South African psychiatrist Joseph Wolpe, on elements of Exposure Therapy (Feinstein, 2010) and on Cognitive Restructuring. EFT is clinically proven to reduce cortisol (one of the main stress hormones) by up to 43% in an hour (Stapleton, Crighton and O’Neill, 2020). By lowering cortisol levels you can flip the switch of the nervous system, taking you out of the alarm response and into your safe, social, rejuvenate and regenerate system giving you more control over your nervous system, your behaviours and, ultimately, your life.

In 2019, The National Institute for Health and Care Excellence (NICE) found EFT to be clinically- and cost-effective for Post Traumatic Stress Disorder (PTSD) and it's widely used in treating trauma (Craig, 2009).

From the research conducted by Harvard University, EFT appears to clear trauma in the following way.

The client is instructed to bring to mind an emotional trigger. This activates the amygdala, arousing a threat response. Through the stimulation of certain acupoints, the client simultaneously begins to send deactivating signals to the amygdala. The pendulation between activation and deactivation of the amygdala minimises the threat response while the trigger is mentally engaged. The hippocampus records that the memory or trigger can be safely engaged without a stress response. The neural pathways connected to that trigger stress are permanently altered. The client is able to recall the memory or trigger without feeling dysregulated (Feinstein, 2012).

This makes EFT remarkably effective in dealing with triggers as they arise. As you tune into an issue while you tap on selected acupoints, your perception and experience of the trigger shifts. In a relatively short period of time, you can go from feeling intense anger or sadness to feeling quite neutral. My clients often respond in shock at how quickly they can go from feeling highly activated to feeling peaceful and accepting. It’s like having magic at the tips of your fingers - only this magic is supported by a raft of scientific research.

So let’s get EFT into schools, and let’s do it sooner rather than later.

Creating greater capacity to experience the state of safety is one of the most powerful gifts we can give anyone regardless of their age. When our lives are no longer dictated by the hormones of stress we are able to become responsive to life as opposed to reactive. We have an increased ability to experience states of playfulness, peace and joy. By letting go of patterns of the past, we can create new and preferred futures for ourselves. It’s truly life-changing stuff.