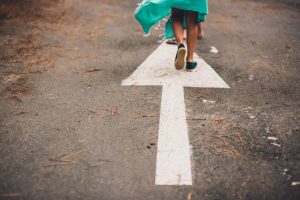 You perhaps have heard that Wikipedia doesn’t like EFT. The entry there on tapping is starkly negative and ignores the growing published evidence-base of how effective the tool is.

To date there are over 70 randomized controlled trials and over 50 pre-post outcome studies documenting the effectiveness of meridian tapping therapies.

EFT has been found to be effective in treating phobias, anxiety, depression, pain, trauma and food cravings - with at least six studies documenting efficacy for each condition.

Additionally, there are 5 meta-analyses - aggregated scientific reviews of individual studies - of EFT for anxiety, depression and trauma/PTSD, as well as 12 systematic and comparative reviews, where they compare very favourably with other therapies. More supportive research continues to be published.

Over the last 10 years I’ve heard EFT colleagues express concern about how the Wikipedia entry could put off newcomers from exploring tapping. I understand that view and hear how damaging it might be . . . for some people coming to EFT.

In this article I want to shine a light on a pathway forward with regards to the EFT entry. It’s clear that for now we can’t achieve a positive edit based on balanced evidence.

We could get caught in an endless tug of war of editing. Last time I checked, when 2 parties keep pulling endlessly in different directions a lot of energy gets wasted and little progress is achieved.

Let’s take a step back. What is Wikipedia good for?

If I want to do a quick fact check then I’ll go to the site and find the information I want.

A few years ago I went to an 80s fancy dress party theme party. My husband had great fun in dressing up as the B52s song Rock Lobster! When someone pointed out that the song was first released in 1978, I went to Wikipedia. I found the part where it showed that the song had its highest chart position in the UK in 1986 – this is when it got famous and well-known. Before that it had barely made the Top 40 charts and wasn’t much heard. The 80s version is the one I grew up singing and dancing to whilst watching the video on TV. Wikipedia helped me in this instance.

In our home, Wikipedia is also great for casually playing along to TV quizzes and for things long forgotten.

However, when I want to learn about Polyvagal Theory to support a deeper dive in understanding it, I never once thought about looking on Wikipedia. I went to online seminars by Stephen Porges and others in the field.

If I want to explore ideas in marketing I might pick up a book by Seth Godin, or one from The Complete Idiot’s Guide series. I’d possibly go to my local library or browse an online book seller site.

If I want a simple introduction to what this weird tapping thing on my face is about, I might prefer a video that shows me what you do so I can follow along. YouTube would be my go to, or TikTok might have something helpful for me. Although let’s not ignore the problem tapping scripts pose on these platforms.

See how I’m inviting you to think about how a newcomer might go searching online for a clearer explanation for something they’re interested in?

Wikipedia is too simplistic in its telling to give most people the information they seek, especially when they have enough curiosity to explore. It is unable to bring colour to a topic and animate it.

There’s enough positive ‘noise’ about EFT being helpful to encourage those who want to go explore to find out more. Pick up a magazine at your hairdressers and you might read an article on how to manage grief after a Covid loss. Or go hunting a new podcast for ideas on improving your golfing game. In either case EFT is more than likely to be spoken of favourably.

I’ve been in full time practice with EFT for 16 years. In that time I’ve delivered EFT training in the corporate sector both in the UK and internationally, and in a busy one to one coaching private practice. I’ve never once had a person ask me about the Wikipedia entry. This could of course be by chance.

Or here’s another possibility.

When we foster trust, offer transparent communication, show expertise AND help individuals get their “personal aha” with EFT we meet with an enthusiastic audience. These are people I simply love helping.

It could of course be that some people are dissuaded from trying EFT after reading the Wikipedia entry. But, ever since the topic has come to light in our community, I’ve been quietly thanking Wikipedia for not sending me people who are so easily deterred from exploring the world around them with an open mind. I’m not interested in having to work hard to convince someone who is not open to it.

Does that mean that they’re lost to EFT forever? Not necessarily. It’ll just take the right approach from someone they trust to make them reconsider. This could be at a talk they attend live, a government health agency accepting EFT as a gold star treatment, a friend telling them how profoundly tapping has helped them, or any number of experiences.

In contrast, I’ve come across a far more harmful deterrent to newcomers exploring EFT. That’s when a person who has limited training in tapping tries to offer “help” and fails miserably. The newcomer’s trust in the tool goes to zero after that first failed attempt. Over the years these are the people I’ve struggled to reach. That’s because their minds are made up that the tapping thing doesn’t work. I’ve come across this situation time and again.

Notice how the entry on Wikipedia played no part in how they reached that opinion? It was instead someone who tried to run before they could walk with their tapping. The weakness in their knowledge of EFT led to a break in trust. These well-intentioned people didn’t realise the importance in learning their craft.

For those who are still invested in changing the EFT entry on Wikipedia, I have one final idea to offer. There is a part of the brain called the Recticular Activator or Formation. This is a bundle of nerves in the brain stem that helps prioritise what data the mind pays attention to. So when you are in a crowded room you still hear your name mentioned at a distance because your brain is primed to heed that piece of information. Other noise gets drowned out in comparison.

Drawing on the value of the Recticular Activator, what if the Wikipedia entry is a distraction from focusing on where people open to EFT are gathering?

The world is a large place filled with billions of people. It’s up to us to let go of this belief that Wikipedia closes the door to too many minds for us to reach. Our passion, commitment to quality EFT skills and an ability to connect from the heart are more powerful in sharing this tool than what Wikipedia might say about it.

Thanks to Erik Zoeteweij for his comments on an earlier draft of this article.

Sejual Shah is an EFT International Trainer of Trainers and Practitioner in the UK. She helps execs with career growth and confidence issues. Since 2008 she has pioneered ways of delivering business EFT courses to large companies at home and abroad and loves coaching other practitioners to do this as well. She has developed Business Energetics which combines Family Constellations with EFT for business growth. Her website is www.healthyinmind.com.