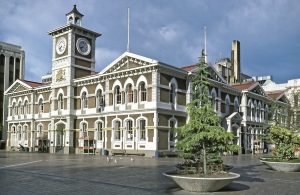 Emotions, Responses and Steps Towards Healing

On Friday March 15th 2019 there was a terrorist attack on two mosques in Christchurch, New Zealand.  As one journalist put it, “it took just 21 minutes of mayhem to end 50 lives and changed hundreds of others forever”.  But that wasn’t quite accurate. It changed far more than just ‘hundreds of people’.  It changed us as people forever, not just in New Zealand but around the world, as others responded to our response.

How the response made things different in New Zealand

One of the first things that Prime Minister Jacinda Ardern said was “You are us”.  I feel close to tears just writing those three words – you are us.  All of the great teachers in the world tell us that we are all connected. That we are all one.   But how many of us actually live that truth?  Since the event, we New Zealanders have been living that truth.

We showed that what happened to them happened to us, because they are us. We grieved with them as if it was our families that had been affected.  We bought flowers in huge numbers.  We wrote messages on cards, cardboard, pavement, to tell them that we loved them, because they are us.  We had vigils all over the country where tens of thousands attended so we could be together, be one, show our love and support.  But we didn’t want to just say “you are us”, we wanted to live it.  So we visited their mosques and prayed with them. We wore a hijab and went to work, to the supermarket, to school - to show we are the same.

The New Zealand EFT community were right there

showing support for me and my colleagues in Christchurch.  They showed their support for the victims and their families, with many offers to treat trauma victims free of charge.  The “you are us” and "we are family" was strongly present and acted on within the EFT community.  A colleague in Auckland organised online meetings to support the EFT practitioners who were struggling with their own emotions over the event, as well as helping them to help others more effectively.  Those that were distanced by location showed love and support by doing surrogate tapping.  If they couldn’t love in person, they did it energetically.

The day after the attack, Prime Minister Jacinda Adern received a phone call from President Donald Trump who asked what offer of support the United States could provide.  Her answer was “sympathy and love for all Muslim communities.”  Sometimes love is all you can give.  Sometimes it is everything.

The talk on the news now is about how we can keep this feeling of oneness permanently and not let it drift away over the coming weeks or months.  That is the real challenge.

Memories from the Christchurch earthquakes

We have felt this connection and oneness before – after the Christchurch earthquakes.  Everyone became our friend, neighbour, family. There were no strangers, only “us” because we were all in it together.  Maybe it was because of what we went through in the earthquakes (and there were many very destructive ones over a period of time), that our compassion, love and oneness was already quite well developed.

The terrorist attack has done the same.  It’s not just the feeling of loss that has been triggered, but the feeling of being unsafe.  The unsafe things came unexpectedly in both events.  Emotionally that is hard to deal with, because people feel they can’t protect themselves from the unexpected, so they are on heightened alert all of the time.  This causes anxiety in those who don’t get emotional help, for many years to come, and is especially true for children.

A recent article, written eight years on from the Christchurch earthquake of February 22, 2011 [1] said:

Children who started school in the years following the February 2011 earthquake are "neurologically different", according to a world-first research project by University of Canterbury associate professor Kathleen Liberty.  Against all international evidence, Christchurch children did not bounce back: By the end of 2015, 52 per cent of 300 study children's behaviour had worsened, and by 2017 four in five exhibited at least one symptom of PTSD.

I have treated children like that.  Children who were too young to know anything or be affected at the time, but are showing serious anxiety now, many years later.