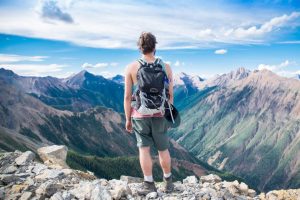 'Melinda' is a recently divorced middle aged woman who originally contacted me because I specialize in helping women heal from their mother wounds. After doing some substantial work on her relationship with her mother, we moved on to other relationships.

During our previous sessions, she released a lot of grief, guilt, and hurt about the end of her marriage (she had initiated the end after many years of trying to make it better), the effect on her almost adult children, and the reactions of her parents and other relatives.

Most of the latter sided with her ex-husband, which didn't feel at all fair or understandable to her until we released the feelings she had been experiencing as a result.

She reported having recently spoken to her dad (he initiated the conversation—it is amazing what can happen when we work with energy) and it had been a good and supportive talk. (They had not communicated for some time.) Interestingly, she found herself not needing his approval anymore. (He had been her employer and fired her when she left her husband, which had been quite a shock and very painful.)

In our earlier sessions, after working on her relationship with her ex-sister in law, who didn't know what to say to Melinda, we had moved on to her feelings about her ex-husband, who had finally tried to make some of the changes she had wanted him to make, near the end of their marriage.

This was too little and too late for Melinda who had had enough, after years of trying to improve the marriage.

While she feels that he is a good man, he was just not the man for her and when she checked on her current feelings about him, she found she was concerned about how he was feeling, how much he was hurting.

I asked Melinda if she would like to do some surrogate tapping on her ex in the Matrix (aka the Field or the energy body), and she eagerly agreed.

This is where it began to get really interesting!

After finding her ex-husband in the Matrix, explaining to him about tapping, and asking whether he was willing to have Melinda support him with tapping, we checked in with how he was feeling.

He indicated that he was really sorry and hurt but he knew that he couldn't make Melinda happy and that she deserves better than he gave her. (At this point, Melinda started to cry.) He really wanted her to be happy so we began to tap on the sorry feeling (which was 9 out of 10, lodged in his heart.) After a round of EFT we checked back in with the ex and the feelings in his heart. The sorry feeling that had become sorrow was now a 1 out of 10 and the hurt feelings were down to a 2.

We began the reimprinting process with Melinda, and then quickly moved to her ex and imprinted it into him. After his brain and body were full of the feelings of forgiveness and peace, Melinda sent the new memory to her children, her parents, her husband's relatives, and her own sibling. Once she was finished with that process we checked in with her and she reported feeling good and at peace.

After spending some time going over my notes from our previous sessions, I pointed out how frustrated, fearful, sad, angry, alone, abandoned, nervous, guilty, and depressed she had been feeling a little over a month before (we met weekly during that time). We compared all that to her current feelings of peace, personal responsibility, being relaxed, and in a good place. She also had a good idea of the niche she wanted to focus on her new business on, now that she is no longer working for her father!

Personally, I feel quite excited about the potential to combine EFT and Matrix Reimprinting, with surrogate tapping and my training and experience mediating with couples and families in crisis.

It is never too late to heal a difficult relationship, even after the relationship has changed substantially.

From the EFTfree Archives, which are now a part of EFT International .
Originally published on Nov 21, 2015