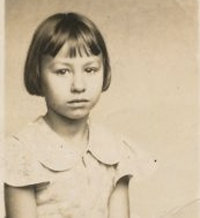 It's so good, you might think that just tapping on the symptoms of your problem would lead to complete relief.

A quick Google search on the internet will give you hundreds of tapping scripts or tap-along videos for your problem. Even though tapping along may soothe the distress at the time, those old feelings may return again and again.

It's as if tapping on the symptoms is wafting away the smoke, if you don't put out the fire there will always be more smoke to waft away.

Jane is in her thirties, and for as long as she can remember she has had the feeling that she is not wanted (and couldn't possibly be wanted). Although she has been with a devoted partner for ten years, she often imagines that he is going to leave her for someone who is 'better' than she is. She struggles to believe he loves her and that their relationship is secure. She hides her doubts and tries to please him so he will stay with her; even when times are good she feels uneasy about how long it will last.

Jane discovers tapping and sees on You Tube (so it must be true) how quickly EFT can soothe distress. She hopes that it might help her with her distress. Sadly the tap-alongs and the tapping scripts only provide temporary relief. Occasionally they make things worse by putting her in touch with some painful emotions that scare her. The tapping scripts fail because Jane's problems have much deeper roots than the scripts alone can reach.

At first glance, Jane had a happy childhood in a "normal" loving home. She was the first child of a couple who desperately wanted a boy, their disappointment soon passed and her parents looked after her and loved her.

Jane's brother arrived when she was four. Her parents were overjoyed to get the boy they had hoped for. Overnight, Jane stopped being the centre of attention. The boy was the apple of his parent's eye and Jane lost her place in their attention. Her brother got all the attention and Jane was sidelined, she was looked after but had to live on the crumbs of her parent's love and attention.

We All Need Attention

All children need attention, so Jane worked hard to get what she needed. She tried to be 'good' to make her mum and dad love her again, but underneath she was angry at them and her brother.

It wasn't fair, she resented all the love and attention her brother got, but she soon found out she wasn't allowed to say that. If she expressed that anger and resentment she was scolded and shamed. She learned to keep quiet.

Jane began to feel more alone, neglected, angry and resentful and afraid she would be abandoned completely. She hid those feelings from her parents and even from herself.

She concluded that she was not wanted and even when she was wanted it could be taken away at a moment's notice. Other people got love and attention, she had to make do with the crumbs. She became skilled at spotting her parent's displeasure with her and worked hard to make sure that didn't happen.

All these thoughts, feelings and perceptions became a part of herself that was exquisitely attuned to the threat of rejection and abandonment.

As Jane grew up, this part of her was frozen in time. Her younger self was held fast in the stress and distress of that situation, only able to respond as a "young child" might, however the old adult Jane was.

Jane's younger self is 'frozen in time'. She isn't able to grow and develop and Jane grows up and matures. This 'younger self' can't take advantage of the new skills, understandings and resources Jane may develop later. However old Jane actually becomes chronologically, the 'younger Jane' who fears abandonment and tries hard to be wanted will always remain young, frozen by that early stress or distress.

Although that was a long time ago and adult Jane is in a happy relationship, Jane's younger self is still vigilant and afraid of being abandoned.

Adult Jane feels uneasy and doesn't know why. She is afraid that her partner will leave her for somebody 'better'. Logically, she knows this isn't true but the younger part of her won't (or can't) listen to reason.

Jane feels unreasonable anger when her partner appears to be paying more attention to someone else. But she dare not say anything about it and feels a deep sense of shame for feeling as she does.

Her fear of displeasing her partner terrifies her, she has to keep him happy. She knows she tries too hard to please, but she can't help it.

It feels like her mature adult self has been hijacked by her younger self who is reliving the long gone past.

She taps for hours on the anger and resentment but it always comes back. She taps on feeling not being wanted it goes away for a while, then it returns as if she had never tapped at all.

Instead of tapping on the symptoms, she needs to find a way to change the root causes of her distress.

There are two broad approaches to tackling the root causes

If this sounds more complicated than following a tap-along video or a tapping script, you are right, it is!

However, the benefits of this work, if well done, are life changing and profound.

Andy Hunt is an EFT International Accredited Certified EFT Master Trainer & Advanced Practitioner living in the North East of England. He is also an NLP Trainer and Practitioner. He works with people who give themselves a hard time and get in their own way. He is the author of the book “Getting Out Of Your Own Way – Finding and Releasing Unconscious Blocks with EFT” and the creator of the free e-class “The Tapping Habit”. Visit him online at www.practicalwellbeing.co.uk.