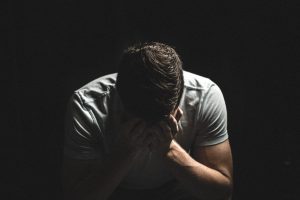 My first experience with tapping was at an inpatient rehab. I was a counselor at the time, and heard we were having a guest speaker. Staff is not required to attend these; however one of my patients asked me to sit with her for support. I had no idea what to expect and no idea that it would plant a life changing seed.

My Introduction to Tapping

The people that end up in an inpatient rehab tend to have survived a lot of trauma, some are broken down, some have been hardened by the system, most are experiencing numbness and a disconnection from self. Needless to say , it can be a tough crowd for the regular staff, now imagine a guest speaker coming in. The man who came in to present admittedly states “I’m going to put on a horse and pony show”. He had everyone in the room engaging, laughing and most importantly TAPPING. I remember the set up statements he most often used was “I’m willing to be willing”. The great part to me was that people were able to focus on their issue, experience a shift and never have to share the exact details with the group. Personally, I pictured a distressing event that went “fuzzy” as if the T.V screen lost reception. I couldn’t conjure the image back up when I tried. Even though I had this amazing personal experience the first time I tapped, it would be another 2 years before I started really exploring it.

I have always been a proponent of nurturing and teaching the mind-body connection. What I call introducing, some of my patients may call “relentless promotion” of meditation, yoga and mindfulness. These things helped, the counseling helped, being in a safe environment helped, however I still felt this particular population was overwhelmed and underserved. The medical and science world have certainly come to be open to more possibilities surrounding mental health and substance use but fall short on effective treatments. I observed time and time again, the same people “successfully “completing rehab only to return a short time later. The old school field addiction says you have to “hit bottom” or we will break you down then build you back up. My thoughts are haven’t these people been through enough, the empowerment process of EFT was so appealing to me for work with addictions. So I finally buckled down and committed to attend a training and within the first day knew it was the right decision.

Trying Tapping in an Outpatient Group

Currently, I work in the outpatient setting for substance abuse. I lead a 3 hour weekly group of 10 patients, which was a perfect place to start sharing tapping. There was already a level of trust and connection in the group. We started as a group tapping for constriction of breathe with most everyone feeling a result. Then we have a brave individual volunteer to address his anxiety. He was able to connect the tightness in his chest with feeling trapped in his relationship. When he was able to acknowledge this, the tension released. One of the hallmarks of addiction and the addictive lifestyle is often summed up as “ I want what I want when I want it”. So many people addicted or not, give up on healthy coping strategies because they take too long to see results. Or they feel it’s too hard, that they lack the resources or skills. None of these excuses can be made for EFT.

Bringing EFT to the Inpatient Rehab -- this may be harder!

Whether it was the successful outpatient group, my need for a challenge, or a little bit of insanity, I told myself I should volunteer to be a guest speaker for the inpatient rehab. The morning of, I started having second thoughts, they don’t know me, how on earth am I going to persuade some of the older men who are coming from prison to tap on their face and under their arms while saying “I deeply and completely love and accept myself?”

When I arrived, I asked the patients to move their tables out of the way and arrange their chairs in a circle, all they would be needing today was an open mind. I asked if anyone had heard of EFT and no one had. When I asked if they have heard of or experienced acupuncture, acupressure or massage, most everyone raised their hands. I explained that EFT using similar theories of energy healing, but we will be adding words. I also shared that I love EFT because it is simple enough that anyone can do, and they will have the tools to practice on their own when I leave today Some of the possible “side effects” of tapping I mentioned were heat, yawning, laughing, crying, shifts in physical and emotional sensations, insights, and sometimes absolutely nothing.

At this point, my therapy dog passed gas, and I added that could happen too! I put it out there, what we are doing today might feel uncomfortable, silly, and weird. The expectation is that everyone participates, if they like it, they can take a handout and try it more on their own, if they hate it, they will never be asked to do it again. The group was willing to commit to this. They were also okay with saying I choose to love and accept myself, rather than an alternative phrase.

After explaining a little bit about what tapping is and practicing the points, we did a group tap for constriction of breath. It helped to give information on the connection between feeling stress and our brain sending signals to constrict, shorten, and or quicken our breathe. The theory being by practicing improving our breathing we can send signals back to our brain to calm down. After the tapping, many of them reported an increase in their ability to take a full breathe, a sense of calm and relaxation. One person laughed and said it almost put me to sleep! Another person chose to close their eyes.

I asked for a volunteer has one that that said she wanted to be more patient. She said lately she’s been impatient with herself, impatient with her peers, and feeling it in her body. We tapped as a group for each of these things. Afterwards, she reported a sense of relief and connectedness. What she said next was incredible powerful; that she realized this rehab was her “new family”. Like so many others before her, she never had a healthy or happy family. She made her way through life feeling lonely, abandoned and misunderstood…until she got in recovery. She made the connection between how her old behaviors hurt her new family and began to match her values with her actions.

Tapping with The Serenity Prayer

We were nearing the end of our time and one of the group members asked if we could tap the serenity prayer. I thought that was a fantastic idea. We decided to use it on the points, I asked what they wanted the positive affirmation to be and another person said “I choose to be successful in my recovery”. We decided on the set up as “Even though I have this addiction”.

KC: Even though I have this addiction, I choose to be successful in my recovery
EB: God
SE: Grant me the Serenity
UE: To accept
UN: The things I cannot change
CH: The courage
CB: To change the things I can
UA: The wisdom
TH: To know the difference

I felt this was an important story to share, as I have been trying to find articles on EFT and chemical addiction and there is not a lot out there. What I have found and learned, it can be a powerful tool to tap specifically on substance cravings, using thoughts (I can have just one….etc.) underlying emotions and emotional wounds and physical symptoms such as post-acute withdrawal. What I hear time and time again is to stop using isn’t the hardest part of recovery, it is “living life on life’s terms”. Addiction is often called a “feelings disease” as the challenge is dealing with all these feelings without substances. I have always been impressed with the collaboration, support and inspiration during group therapy and had many of these same reactions to group EFT. Not only for borrowing benefits, but there seemed to be a sort of positive peer pressure that occurred.

The two individuals mentioned in the article are still sober!

Emma Brackett, LMSW, of Canton, New York is a social worker by profession and the program director for a substance use disorders clinic. She is also an EFT International Certified EFT Practitioner and has found EFT to be a wonderful tool for getting to the underlying emotional roots of addiction.

From the EFTfree Archives, which are now a part of EFT International .
Originally published on January 31, 2016