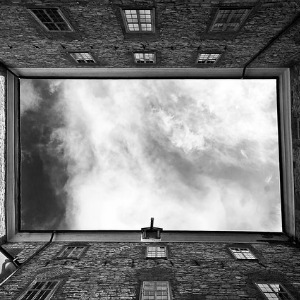 An exciting new research study was published recently by a collaboration of scientists. This has identified a 10 day window of time that exists immediately after a traumatic event before significant neuron and synaptic changes happen. These changes can turn a single trauma into an event that can alter a lifetime and potentially even lead to PTSD. This information offers hope and insight into the possibility of trauma resolution if offered within 10 days.

of a singular trauma can result in much more than immediate heightened stress and emotions. Adverse events can have lifelong sequelae and can lead to psychological conditions including post-traumatic stress disorder or PTSD. These can include an auto accident, a sudden unexpected loss of a loved one, witnessing violence or injury to another.  Being physically harmed, being a part of or witness to a fire or natural disaster.  All of these traumas, which are sometime referred to as Big T traumas

According to Anusha Krishnan

at the National Centre for Biological Sciences in Bangalor, India:

A new study by Indian scientists has gained insights into how a single instance of severe stress can lead to delayed and long-term psychological trauma. The work pinpoints key molecular and physiological processes that could be driving changes in brain architecture.

The team has been led by Sumantra Chattarji from the National Centre for Biological Sciences (NCBS) and the Institute for Stem Cell Biology and Regenerative Medicine (inStem), Bangalore.  They have shown that a single stressful incident can lead to increased electrical activity in a brain region known as the amygdala. This activity sets in late, occurring ten days after a single stressful episode.  It is dependent on a molecule known as the N-Methyl-D-Aspartate Receptor (NMDA-R), an ion channel protein on nerve cells known to be crucial for memory functions. Previously, Chattarji’s group had shown that a single instance of acute stress had no immediate effects on the amygdala of rats. However, ten days later, these animals began to show increased anxiety, and delayed changes in the architecture of their brains, especially the amygdala.”

This study was unique

in that unlike other experiments, the amygdala electrical activity was not studied during or immediately after a traumatic event or prolonged trauma.  It waited a period of 10 days to observe the changes that occurred.

What further questions are there?

Does this apply to humans?

Is the window always 10 days no matter what intensity of trauma?

Does an earlier trauma experience affect this 10 day window?

What interventions may be able to effect or reduce the physiological conditions to ameliorate the trauma effects? At least, sufficiently to prevent the new amygdala synapses which would serve to reduce electrical activity, and limit the long term effects of the trauma.

How fabulous would it be to be able to test and see if Energy Psychology methods like EFT could inhibit this neural activity?

It makes me think of watching a small child that is suddenly surprised from an event in their environment.  When watching them, the next moment or two lasts forever.  There is a pause.  A delay in which it seems as if their being is trying to determine if what just happened should send them into a fit of crying or not. In that moment they consult with their inner resources.  They search the faces around them to see if things are safe now. If repair happens quickly, the traumatic moment passes. Perhaps this research points to that idea.  As if the amygdala offers us a window for repair, without which, the life of a trauma can go on till a person’s last breath.