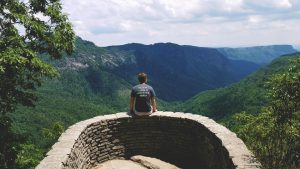 "Imagine this scenario – A young man walks into your office for help and tells you the following story:

He tells you his name is Al. He is a 20-year-old who graduated high school and is now working two jobs trying to make ends meet. He works as a dishwasher and a cashier at an auto supply store. He hopes someday to be an anesthesiologist. He seeks your guidance because he was recently fired from one of his jobs after shouting at his boss who had treated him unfairly. He recently moved to town and is trying to get a fresh start in a new community. He came in to see you because he was hoping to get some help to reduce the stress levels that have been getting him more easily angered recently.

In your office he tells you his age but somehow he seems much older. He is quiet, soft-spoken and averts your gaze. As he reveals his history, you find out that he began his life with a birth injury that affected his ability to move one arm, causing it to be significantly shorter than the other. When he was six years old he was run over by a bus, fracturing his pelvis and leaving him unable to walk for several months. He also suffered kidney failure. Apparently he was born and grew up in Turkey, to an “out of wedlock” mother. This was very difficult for him in his native country where such things were severely shunned and resulted in incessant bullying. He felt alone, stigmatized, frequently scared. He grew up witnessing his mother being beaten by her father and her brothers on a nearly a daily basis. He also was also regularly beaten and chased by his family members with knives..."