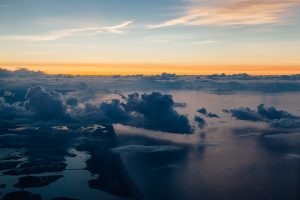 I recently participated in Betty Moore Hafter’s EFT Training Level 3. It was a most amazing experience. Betty is not only a knowledgeable and experienced trainer, she is also gracious, wise and compassionate. I encourage any EFT practitioner interested in certification to seek her out.

During this training we practiced on each other. I had a remarkable healing in one of these practices that was deep and profound. I am still enjoying its life-altering effects.

I chose to work on a memory that exemplified the relationship I had with my mother as a teenager and that I had replicated in my marriage. I say this with utmost respect for my mom. She loved us dearly. But she had a lot of fear and anxiety, and often acted from those feelings in her interactions with us.

(She joined AA when she was 48, and spent the next 30 years actively engaged in the program, growing wonderfully wise and spiritually mature, and helping others to get and stay sober.)

My mother was very controlling in those years. She was also rather authoritarian, which was the primary parenting style at that time. (I was born in 1956.)

The memory I wanted to heal was one in which my mother was yelling at me. I don’t remember about what. I do remember that I was really angry myself. But when I yelled back at her she raised her voice even more and said, “I am your mother. You are not allowed to get angry with me.”

I felt so angry, hurt, frustrated, and powerless. She was allowed to express anger, but I was not. She could tell me what to do, but would not let me express my own thoughts or feelings. It was awful.

When I got to this part of the narrative I burst into tears. My sobs were so deep and fierce, I did not think I would ever stop.

An Image That Embodied the Pain

We tapped on my feelings of hurt and anger and powerlessness. And suddenly I had an image (from what Betty refers to as the “inner theater” of the imagination) of myself standing in a hole. It was square and looked like it had been dug in my back yard. There was a square piece of plywood on top of my head, and it was pressing me downward into the hole.

We tapped on phrases like “I’m being pushed into this hole,” and “This is so unfair!”

I kept sobbing and yelling. This went on for about 15 minutes.

I don’t remember what else I said or what we tapped on, but eventually I calmed down a bit. I thought maybe my present adult self should come in to rescue and defend my teenage self (inner child work). But I was still replicating this pattern in my marriage, so I could not be the one to rescue my 14-year-old self.

Suddenly the image of my older self appeared – my “crone.” She had gray frizzy hair and an outrageous laugh. She was compassionate and fierce and did not take s*** from anyone.  She was fearless.

Next thing I know, I’m standing on the ground next to the hole. The plywood is covering the hole. And I am free.

I spontaneously put my two hands over my heart, with fingers on both collarbone points. With my hands in this position I held the three of us – my teenager, my present adult, and my dear old, wise, fiercely loving old crone -- my future self. This was my anchor.

Whenever I wish to bring the power of this trinity together now I bring my two hands over my heart and breath deeply. I send love and compassion to my teenage self. And I receive the fierce tenderness, strength and power of my crone. I am fearless.

My goal now is to become that old crone – powerful and wise, loving and courageous. I will defend the weak and heal those in pain. And no one will have power over me. Oh my, I do look forward to growing old!

From the EFTfree Archives, which are now a part of EFT International .
Originally published on Apr 19, 2014.