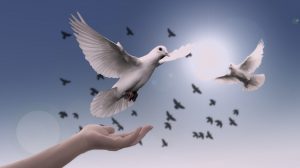 Part 2 (of 3): Experimenting with Surrogate EFT – Tapping for others using 3 Simple Effective Steps:

In the October 2009 EFT Support Group, we did an experiment using this 3 step process with 2 people.

One of the participants, X, had come to the group with a headache and cold symptoms, bunged up sinuses and aching shoulders. We asked her if she would be willing to participate in an experiment. Before we began, we asked X to describe how she felt, and everyone in the group paid attention as she described her symptoms. X was then asked to leave the room to sit in the lounge, not to tap or to do anything to make herself feel better, whilst we did some surrogate EFT...

Tapping on our own issues

We first tapped on our own issues and feelings regarding the person. Each one of us had something unique to us as individuals to bring to this step.  Some of the issues that came up were: helplessness, powerlessness, dislike of illness, wanting to feel in control, annoyance, sadness, fear, anxiety, this cannot work, doubts.  We even noticed specific memories connected to these feelings, and we efficiently tapped through these with the Movie Technique. We noticed that as a group our breathing deepened, and we all felt more relaxed and peaceful.

Tapping on the client's issues

Next we tapped on the person’s issues and feelings, and anything else our intuition brought into our awareness. First we tapped on all the symptoms X had mentioned but, as we tuned in, many in the group started experiencing sensations in different parts of their body. So we tapped on those too, using Chasing the Pain Technique. As we did this, we also had images of X move through emotions of fear and anger. When we all saw her in our mind’s eye releasing and relaxing, we moved on to the third step.

In this step we all had a lot of fun.  Gratitude Tapping and visualising X supported, loved, free and enjoying herself was uplifting. We then asked her to come and join us.

The entire process took us 20 minutes. Her headache had gone completely; her shoulders had relaxed considerably; she was still bunged up a little. We then asked X about the other symptoms we (those of us that had been surrogate tapping) had experienced in Step 2 of the process, and the emotions we had tuned into. We asked if they meant anything to her (X). She was astonished, as everything that we had experienced was exactly what she had felt earlier, and those feelings had now dissipated.

Was it all just good guessing? Intuition? Coincidence? EFT?

We decided to try another short experiment. This time with Y who was feeling panicked about an upcoming event in her life. Having asked her questions about how she was feeling and where she felt this in her body and what her intensity was, we asked her to leave the room.

Firstly tapping on our own issues and feelings regarding Y and the situation. Then we tapped on the person’s (Y’s) issues and feelings and anything else our intuition brought to our awareness. This was amazing because now we were getting very clear images.  We all noticed an uncomfortable sensation in our stomachs, and had the experience of a child’s pain. Two people in the group had a very clear specific image of the person as a distressed child having to be responsible.  We all tapped on this specific image, after giving it a title, and then tapped on other twinges, emotions, and sensations especially of cold that was showing up. It was extraordinary.

Once all the images had subsided, we went on to Gratitude Tap, while visualising that the person is supported, nurtured and taken care of by the universal forces of Love, Peace and Truth. This was also very interesting as we all saw her clearly held in the arms of peace. The entire process took us less than 15 minutes. We had a time limit, but wondered whether more could have been achieved if we had had longer.

When we called Y in, she looked incredibly relaxed; I have to say I was surprised, as I did not expect such a noticeable change. We asked her if she did any tapping whilst waiting outside, but she assured us that she did nothing. Her panic was not gone but was considerably reduced. When questioned about the image of the distressed child, and the child’s pain, she shared that it resonated with her. And then without us prompting her she said (I am paraphrasing with her permission),

It feels like the lonely feeling in my stomach is abating, it was very dark, black, cold and solid before but now it is grey and not so overwhelming.

She then said that she felt held in an embrace of Peace!!!

Ranjana is a holistic health professional, dedicated to emotional and spiritual freedom.