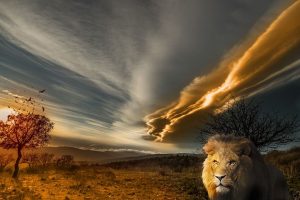 – how it made a world of difference!

This is the story of a client, Maureen, who used EFT in her 40s to overcome 18 years of childhood trauma and PTSD. She grew up with a father who suffered depression.  He drank to help him deal with it, but this exacerbated the depression.  It also caused him to be violent towards his family, causing untold physical and emotional damage to them.  The latter lasted decades.
At the age of 20, Maureen got the call from her Mum that she had waited her entire life to hear.

“I can’t do it, I can’t go back home tonight, he’s worse than ever and I believe this time he really will kill me.”

It was incredibly distressing to hear such words of terror from her own mother.  However, they also gave her hope that this could be the moment their lives finally changed for the better. She blurted out:

Maureen then immediately fled work, heart pounding, and ran all the way to the Underground station to meet her Mum. She threw her arms around her with immense relief. Maureen, her sister and their Mum never returned home from that moment onwards – they left with just the clothes on their back and never felt happier!

Not Quite Free Yet

After leaving, there was an unspoken agreement between the three of them never to speak about the previous 20 years, but instead to enjoy their new found freedom. This was initially difficult as, for the first 2 years, Maureen’s dad spent his time looking for them. This came as no surprise as he had often threatened them that, if they ever left him, he would find them and kill them. This they had no trouble believing, having spent 20 years experiencing the many ways he could be violent. Each night they never knew if he would go too far and actually kill one of them. It was therefore a massive relief to Maureen when she heard that her father had died.  She believed they could now live life fully, without constantly looking over their shoulder in fear of him finding them.

The Suffering Is Now Finally Over – Or Is It?

Maureen believed this meant all their suffering was now finally over.  If only it were that simple. For decades, Maureen went on to experience the vast and numerous impacts of growing up in an environment of domestic abuse as it showed up in many different areas of her life.

The Calm Before The Storm and When True Healing Begins

After first leaving her dad, life did seem to get better for a while. However, the next major traumatic event happened when Maureen’s Mum died from her second bout of cancer, 2 years after the first one.  This happened just 13 years after they escaped from Maureen’s violent alcoholic father. It was a hugely traumatic event in itself and too much for Maureen to handle.  It also triggered all the traumatic childhood events too, leaving her with far too much to cope with and no way of knowing how to do so. Maureen spent the next few years in turmoil, experiencing unresolved grief, trauma and PTSD.  She was trying to raise her two young sons on her own, whilst also unknowingly trying to deal with undiagnosed ADHD.   She and her youngest son both had ADHD and, in addition, her son had a late diagnosis of autism.
Maureen had a lot to deal with, had no idea how to deal with any of it, and struggled immensely.  She tried various ways, including the normal route of counselling. This seemed to exacerbate the problem, unearthing the very memories and emotions she had spent a lifetime suppressing in order to get through each day. Maureen was left ‘holding’ these painful memories and feelings for another week, until the next counselling session.  She had no idea how to cope with such raw, traumatic material and overwhelming emotions. Thank goodness someone introduced her to EFT, as this likely saved her sanity and her life. She finally found a way to manage and contain all these painful memories and emotions, whilst working through the trauma that caused them.

Maureen ‘accidentally’ ended up working with an amazing, highly skilled, trauma-informed EFT Therapist, who over the course of 5 years changed her life and future. It wasn’t easy or pretty at times, but it was most definitely well worth all the hard work. She initially contacted an EFT Master to work with her son on the many ways his ADHD was affecting him. Her son, however, had seen too many other people who hadn’t managed to help him and refused to see any more professionals. The EFT Master referred her to another EFT Therapist who was experienced in working with ADHD, who gently suggested that she had plenty of her own ‘stuff’ that she could work on, which would likely have a positive impact.
Go to top
Maureen Blackabee
Maureen specialises in working with Trauma, Cancer and with Children
​