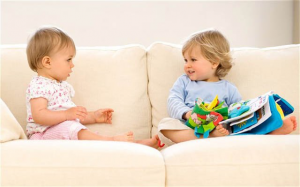 Do you begin to feel selfish when you dare to turn your attention to doing things for yourself, or heaven forbid if you decide to do something purely for the sake of having fun?

A curious thing is how often people believe themselves to be selfish, when it simply isn’t true.

The truth is that frequently we are “tricked” (or conditioned) into thinking of ourselves as selfish.

Following the trail to determine how and why we find ourselves jumping to that conclusion can be quite revealing. Many are astonished by what they discover – never having realized what made or makes that feeling creep in. What we discover will offer exactly what we need to “tap” our way to feeling better about ourselves, and improve our enjoyment of life.

We are Led to Believe our Needs are Secondary

The history typically includes living situations where we were expected, or circumstances dictated or required that we take on responsibilities. The weight of those responsibilities leads us to believe that our needs must remain secondary. While there can be an upside, the downside can be quite damaging.

Why or how does that happen? After the divorce of his parents,
a young boy lived with his mother. Mom, a bit of a narcissist, tendencies towards hypochondria and emotional issues, constantly sought his undivided attention. For him, playing with friends or engaging in social events was almost impossible. Even school was problematic, since many times his mother would call the school claiming he was ill so he could be by her side.

The majority of his time was spent waiting on her. Sometimes that meant a day spent at her bedside holding her hand. When he asked permission to go outside or somewhere with friends, it was rarely granted.

Such requests were typically met with:

NO! What is wrong with you?
How selfish of you!”

So where was his father and the rest of the family?
Regrettably they were minimally supportive. The exceptions were the rare occasions when he was allowed to visit them for part of day - or there was a family gathering. Infrequent phone calls offered him little support. Even if he hid in a room where he thought she couldn’t hear him, she would eaves drop and insist on taking the phone, ending his conversation.

Eventually he married and started a family. Because of his history, from the beginning he was determined to maintain an atmosphere of peace and harmony in his home, but repeatedly found himself struggling to keep it all together.

The conditioning that took place during formative years with Mom had him on autopilot, automatically “in service”. Without realizing what he was doing, he had set himself up to have history repeat. His family members were confident, and actually expected him to change his plans or drop what he was doing to do for them.

He would willingly oblige, just as he had done with his mother, convinced that was the unselfish (or “right”) thing to do. This meant sacrificing personal time, neglecting the things he loved to do, and falling behind with career aspirations.

He was reaching the breaking point; in the midst of major emotional turmoil. Depression, exhaustion, frustration and a sense of failure had taken over. He felt the challenges were insurmountable, but knew something had to change!

Learning to Say 'NO'

Attempts to carve out a little time for self-care or other things meant saying “No”, or “Not now, how about next week?”. It was a painful thing to do, since his words were met with resistance and anger. Feelings of guilt and selfishness would surface, that intensified the emotional turmoil. Now what?

Enter EFT! (Emotional Freedom Techniques) It took time to work through the issues, carefully addressing both formative years and current circumstances. One step at a time he gained the confidence and courage to establish new boundaries, feeling less selfish and guilty.

Family dynamics and expectations changed gradually, and responsibilities were more fairly distributed, in spite of grumbling and resistance.

As things progressed, the ability to navigate the changes without falling into the old patterns was enhanced with EFT. To help this family create the home atmosphere longed for, his wife and children worked with EFT as well. It remains a work in progress, since each of us is constant work in progress. The great news is they have developed a greater respect and understanding of each other.

If you find yourself feeling similar to this gentleman, it is time to take a closer look! Believe it or not, you possess the power and courage to create the change you desire.

If first thoughts when you read the preceding paragraph were filled with all the reasons you can’t and who wouldn’t like it, remember those are tappable issues!

Sophia Cayer, sophiacayer.com, is an EFT International Accredited Certified EFT Master Trainer of Trainers and Advanced Practitioner, specializing in the areas of Trauma & Chronic Issues. As an EFT Founding Master, she also offers EFT Mentoring and Supervision programs. She is author of “EFT Language – Creating It And Going With the Flow”.