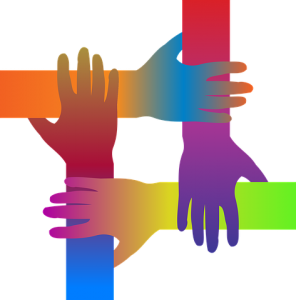 It has been a week since the fatal Christchurch massacre in New Zealand. Fifty Muslims killed, and another 49 injured by a lone gunman as they prayed in their mosques. Our small country has reeled. We are a multicultural society of 200 nationalities, speaking 160 languages and with many different faiths.  As Kiwis, we pride ourselves on our inclusiveness and friendly warmth. Out of the shock has arisen a strong response of support and unity with the targeted Muslim community, and we have been praised far and wide for our response.

Iconic images of our prime minister, Jacinda Ardern, wearing a headscarf have blazed around the world; gun laws have been changed; police officers hug heartbroken citizens in the street, whilst keeping a watchful eye over potential danger zones. Vigils have been held across the country, funds raised, medical and funeral costs paid for by the government.  Free counselling has been offered for anyone affected. Even the gangs have shown up to guard the mosques as Muslims pray inside, so they will feel safe to do so. It is a heartening sight.

One of the slogans that has arisen from this event is “This Is NOT Us". We have stood up as a nation and shone our light.  We have taken positive action to right the wrong against a minority population, many of whom are immigrants to New Zealand, or refugees seeking safe harbour from less tolerant or inclusive places. It has been a remarkable response.

How can we face reality and take this further?

However, to stop there and accept that at face value is to miss a golden opportunity. Another wave of voices is now rising, calling attention to the “This IS Us” mentality, seen in casual racism, sexism, religious intolerance, violence and social/economic inequality. Our personal and national shadows are being called into the light. Psychologist Rachel Liebert commented:

"It's beautiful in lots of ways how the country is responding - but my concern is that we are still trying to portray this New Zealand exceptionalism, that we are a perfect country and this is an exception. We should think about how we are going to rise up and face our own demons."

This is not a time for New Zealand to rest on its laurels,

but to initiate the dawn of a new era. In the words of Steve Hansen (All Blacks coach):

"It's an opportunity to change things, to make things better, and it would appear that that is happening. But the key thing is that it continues to happen for a long time. This hasn't just affected Christchurch, it's affected everybody in New Zealand. What we need from every individual from our country is calm heads and loving minds, and coming together and understanding that we've got to respect each other and love each other and care for each other. If we can all do that, it doesn't matter what colour our skin is or what religious beliefs we have.”

Coming together of the EFT community

Our EFT community has come together and engaged in surrogate groups around the country, and skilled practitioners have volunteered pro bono sessions for anyone seeking our support. We have been deeply touched by the generosity of the wider EFT community’s offers of support, surrogate tapping and resources.  It has been a great comfort to us knowing that the EFT community has outbacks. We are blessed to have EFT to support us in exploring our shadow, and I commend the world EFT community for their work to bring this knowledge to all corners of the world. Thus we may all grow in love and tolerance, in celebration of our differences and our common humanity.

Liz specialises in working with anxiety, trauma, and other complex issues.