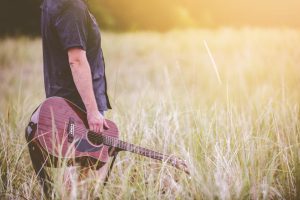 Editor’s Note: This article is written up as a EFT International Client Case Study format example, to assist EFT students completing their EFT International Practitioner Certification. The words in parenthesis illustrate the core EFT skills that are utilized during the session. Enjoy!

Background: The Client came in the evening, after work, looking tired. I asked for more details from his Intake form that listed the above complaints. After pleasantly chatting for a few minutes (Rapport), I asked Tom to rate the complaints in order of how troubling they were to him. He reported the two that were # 1 and #2, respectively: Doubt that EFT would help (as nothing else had), and Anxiety about his Procrastination Habit. When asked to rate them in intensity (SUDS), he reported a #9 on Doubt (Presenting Issue) and a #10 on Anxiety/Procrastination (Presenting Issue). I decided to dismantle the ‘Doubt’ and get that anxiety out of the way, first, giving him an experiential taste of EFT, and a mini-tutorial in tapping, simultaneously. I had a hunch the two issues were related, so I happily used the Doubt issue, first, as it solved two problems right away.

As he’d never tapped before, I showed Tom a tapping chart, then asked if he would simply follow me, and began tapping right away on the Doubt EFT Would Work (Presenting Issue), covering two tasks at once (Tapping Instructions & Creating a Set-Up Statement). We tried a few words and phrases until we came up with the following (Set-Up) statement:

Even though I doubt EFT will work for me, nothing else has, so I might as well give it a try. I accept that’s how it is for me. (x3)

Soon, we wove in his issue’s #9 intensity (SUDS) number, and kept tapping (Continuous & Conversational Tapping), while I asked where he felt this, as tension in his body. Using his words (Reflecting), “sinking feeling in my stomach,” We tapped 3 quick sequence rounds (Shortcut EFT) saying, “Sinking feeling of Doubt” (Reminder Phrase) until he got the general tapping protocol down-pat. Next, we stopped to assess (Testing; SUDS). Tom was surprised to find zero sinking feeling in the stomach, and only a #2 intensity of the Doubt issue remaining.

Weaving those results into one more round of tapping yielded Tom’s comment, “This feels weird, but pretty good.” (Reframe) We found that the Doubt had also gone down to zero, with no sinking stomach sensation at all. (Testing) In its place, Tom reported feeling “lighter,” and then he volunteered that, “if I can make EFT work like this, then I can probably tackle all my issues.” He looked relieved and surprised.

I made sure to check in with him, conversationally, on his whole EFT experience thus far. We seemed to be getting on very well (Rapport), so I asked Tom what he thought might be behind his Anxiety about Procrastination Habit (next Presenting Issue). He brought up a list of items: Gripped with fear, Lack of confidence, Overwhelmed, Constant pressure at back of mind, Frustration, Worry, Giving up before completing things, No follow-through, Doubt.

Following the Most Intense Aspects

I asked which seemed to be the most troubling aspects of the bunch, right now. (Worst,first) He replied, “No follow-through” and “Giving up before complete,” which he reported gave him problems at both work and at home. They were about equally weighted in intensity (SUDS), but then he changed his mind and said, “No, it’s the Doubt.” As we’d just finished losing the “Doubt that EFT would work” (Issue), I asked “Doubt about?” (Open-Ended Question) He easily answered, “That I can do it.” (New Aspect)

I asked for examples or evidence (Detective Work) that these doubts were well-founded, and he mentioned several from junior high school (Specific Events), around all the pressure he felt from his parents to do well. He said, “I just give up.” I repeated his words back (Reflecting), then asked him to say it out loud again… and then I added, “Because __________?” (Open-Ended Question) Tom responded, “Because I’m so nervous she’ll be disappointed.” (New Aspect)

I had to sort through his comments (Aspects), to see which ones were most troubling, and should be tapped next (Worst First). Asking a few more questions (Detective Work) brought out that his mom was very tough to please in school work, and “thought anything less than 100% was unacceptable…even a 98!” I prompted him, “And so… (Open-Ended Question), and Tom blurted out, “I give up.”

We tapped a round on a statement crafted together, with a determined intensity (SUDS) of 6: ‘Even though it’s tough to please mom, and she’ll be disappointed, anyway, and that makes me nervous…” (New Set-Up Statement) until we came down to a zero.
On a hunch (Intuition), I asked him a few questions about the connection between “Doubt He Could Do It” and “I Give Up,” telling him that I might be way off-base (Garbage & Gold). I asked what the opposite of Doubt about his abilities might be, and he quickly said, “Perfection!” (New Aspect) I asked if this ‘opposite’ of Doubt – Perfection – was at the heart of the memories (Specific Events) he’d mentioned, and he agreed it was. Taking one specific memory from the list (Isolating a Specific Memory), we tapped on a slightly different tack (Altered Set-Up Statement),

We tapped the points with “Doubt I can do it - I give up” (Reminder Phrase), doing a full round (Full Basic Recipe). This time, Tom followed me willingly, and every so often I’d follow the Reminder Phrase with a prompt such as, “Because…” (Open-Ended question)

Perfection is too hard. I give up, because perfection is too hard, I have doubts I can do it, and so I give up, because I’ll disappoint her anyway, because there’s so much doubt, doubt about my perfection, and it’s like …I prompted, Like the time that what… Tom? (Open-Ended Question, looking for a Specific Event) and he said, “Like the time I handed her the homework paper with the 95…” (Specific Event).

We immediately put this to work (Altered Setup Statement):

Even though I still have all these doubts I can do it, just like when I handed her the paper with the 95 and it wasn’t good enough, so I quit trying, and gave up….that’s the way it felt… that’s how I see it… (x3)

We kept tapping rounds on this (Continuous Tapping) on the phrase, ‘Doubts I can do it; I give up” (Reminder Phrase) which soon morphed into these alternate phrases (New Aspects around the Perfection issue):

All these aspects clustered around the same feelings and procrastination behavior, so I prompted him, “this perfection… is like…” and Tom said, "...it’s overwhelming, it has so many parts! Again I prompted, “It’s like…” and spontaneously I smiled and offered, “like an octopus?” (Offering an Intuitive ReFrame) to which Tom burst out laughing and said, “Yes! Like an octopus!” Tom was delighted with the humorous image and he was smiling broadly as we tapped, (Altered Set-Up):

And I stepped in to supply one more open-ended sentence, adding,

“...I can clearly see now it’s the octopus of ____________ ?”  Tom easily filled in: “PERFECTION!” (Core Issue)
We happily tapped together in rolling rounds (Continuous & Conversational Tapping) with these new words in the Set-Up:

I decided it was time to test again, and since I hadn’t gotten a SUDS rating in a while I said, “What’s happening now in your stomach? What’s that like, now?” (Testing) Tom was laughing and smiling by this time and told me he saw ‘how ridiculous it was’ and that he could see the humor in it and that he didn’t think he’d be seeing doubt and perfection the same way again! (ReFrames) The stomach sensation was zero.

Pushing a little further, I asked about the specific memory of the homework paper, and he shrugged it off: “She was probably trying to make me try harder and get even better grades; I guess she was trying to help. It doesn’t seem that important right now.” (ReFrames)

Again I asked more questions: Does this remind you of anything else? (Detective Work, looking for more Specific Events), Tom nodded that it reminded him of many things, both at home and at work, and that maybe he didn’t want to do things he was supposed to because it “won’t be perfect, so it’s hard for me to complete things.” He then grinned and said, “...because why even bother?!” (Core Issue/TableTop, and ‘Table Legs’ )

We were both delighted about the discoveries he’d made in just this one session. I asked Tom if anything else was coming up for him now (Test) and he reported just feeling great, not tired at all, that he could go home and laugh about this. I teased him and asked if he had any doubts about that, to which he shook his head. As he was leaving, I called out, “Hey, Tom, too bad the EFT didn’t work for you...” and he smiled again before leaving.

Tom still had a lot of issues to work on, around the Core Issue of Perfection, and his recognition that there were many table ‘legs’ of evidence at both work and home that supported it. But I decided that we should stop while we were ahead for this first session, while he was enthusiastic and happy with his progress. He now had clarity around his procrastination and real insights with which to try completing the daily tasks that had been eluding him, from a new understanding. Tom reported feeling lighter, despite the long day and time of evening. I asked if he’d return to tap some more around this, and he readily agreed.

Jondi Whitis is an EFT International Accredited Certified EFT Master Trainer of Trainers and Advanced Practitioner in Brooklyn, New York, US. She is passionate about helping others learn the Art of EFT. She trains EFT Level 1, Level 2 and Level 3 in the Northeast of the US and other locations, as needed. She also mentors students for EFT International Certification. You can also find her hosting useful discussions with experts on tapping and energy on EFTRadio. Visit her website: www.eft4results.com.

From the EFTfree Archives, which are now a part of EFT International .
Originally published on Jul 19, 2013.